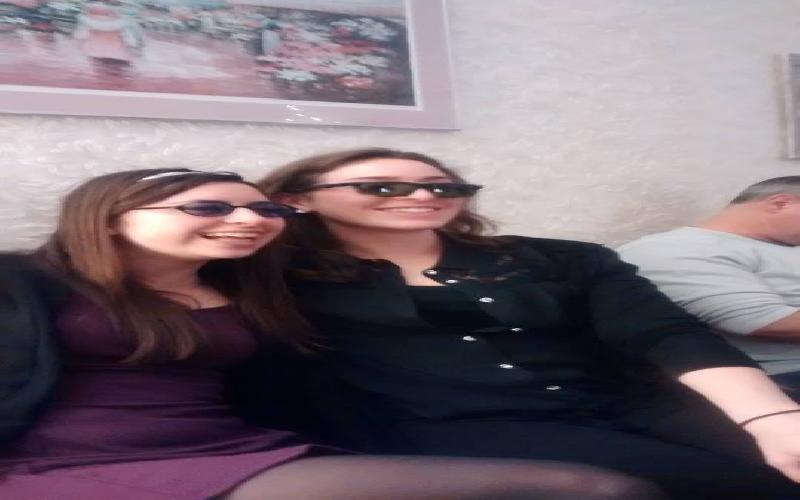 Me and my brother-in-law Sal got into the car in Monmouth, New Jersey last week and it took about an hour for either of us to utter a word. My niece, Amanda Gisonni just made her first start for UPenn and only lasted two innings, giving up four runs. Sigh.

We had embarked with high hopes. Sal’s description of Amanda’s lively fastball that was dancing off its bee line in recent days only heightened my anticipation. Even so, I hoped that if the offense could give Amanda a little cushion, it would certainly make things easier.

Penn’s leadoff hitter proceeded to get ahead in the count and lined a shot up the middle. Penn was off and running - except for the fact that Monmouth’s freshman hurler snagged the laser before it disturbed the pristine infield dirt behind her.

Laloni then stepped to the plate and had ballplayer written all over her demeanor.

Nonetheless, she got behind in the count, dribbled a foul ball up the line and quizzically retreated for the dugout. Huh…

Apparently the ball hit her in fair territory and out number two was recorded. I didn’t understand, was she mad at Amanda? No way, she stayed with Amanda last spring and had Easter dinner with us. Oh wait, my brother-in-law did the cooking on Easter, but he is a really good cook. The only explanation is he had an off day. Yeah, that's got to be it. Oh well, I guess it happens? The third out soon followed, and I deferred the mystery to the main event.

I loaded the video camera, and Amanda unleashed four straight balls. This wasn’t hard to figure out, and I pocketed my camera to fix the problem.

Ready to begin again, the runner took off for second, and the catcher’s slicing throw had me wondering if the catcher was mad at Amanda to.  Haven't I been down this road before but my cognitive dissonance was so strong that I actually recorded the first out in my head.

Monmouth’s next batter then laid down a sacrifice bunt, and I felt pretty good about the situation. But just as the number three hitter lifted a fly ball to left, I realized Amanda had let up her first run.

It’s a good thing I had my extensive knowledge of the game to get me through the final two outs.

No matter, I hoped the top of the second could alleviate the deficit and give Amanda a redo of sorts. Fortunately, this was the part of the lineup that likes Amanda – or it seemed.

With a run in and one out, Penn had runners on the corners, and a simple sacrifice fly could suspend disbelief for real. But Monmouth’s pitcher would have none of that.

Going down swinging, I can only wonder if the Penn batter was upset about not being invited to Easter dinner last spring.  Boy, this game used to be so easy for me to figure out.

Regardless, I decided that Amanda was back in the game. It was just a matter of throwing strikes. Yeah, watch out what you wish for.

Foul ball, after foul ball, the pesky leadoff hitter just kept slapping the ball up the line. I mean, how disrespectful. Don't you know, that's Amanda Gisonni - state champ, she has a dog named Max, let's her room get messy and once cleverly locked her uncle out of the house when he was tasked to babysit. So man up girl and take a hack.

Still, I knew where this was going - base on balls. Forgetting that the greatest at-bat I've ever seen was Paul O’Neill’s 13 pitch, foul ball laden walk that essentially won 2000 World Series, I had nothing but disdain. I mean, I bet this girl doesn't even own a dog.

The table set, Amanda would surrender another run before closing out the inning.

The cognitive dissonance was now in high gear, and when someone else trotted out to the mound in the third, my sunken heart trumped everything I know about baseball. Hey coach, I'm Rich Monetti. I came all the way from Somers, New York and did you know I actually put one over the fence last year at the age of 49. I also have new cleats, and occasionally break up the double play at second.

In other words, I know the game. Amanda should still be on the hill, which really says something because there's no mound in women's softball.

Yeah, I would have yanked her too.

So obviously this is all about me as an irrational uncle trying to rationalize because Amanda will just own it and bounce back. She wouldn't have made it this far without that ability, and she probably wasn't alone among all those on the field and in the dugout.

I just wish I had some of that, but all my aforementioned frailties didn't go away empty handed. Me and Sal hoped to enter unnoticed so as to not add to Amanda’s burden, but we were hard to miss among the sparse crowd.

As she was warming up, I walked past her as low-key as possible, and the knowing, appreciative smile she gave me was all I needed - or ever will.

TAGS : University of Pennsylvania softball women's softball
Let us know how you like this article. Like it and Rate it below.
251 0
0
Thanks for rating this article
0 stars - by 0 user(s)

The article speaks about brilliant fast bowler Dale Steyn. He is the main spearhead of attack of South Africa.

Gps Wrestling In Armonk Is Ready To Roll Out Its Presea

Armonk wrestling club goes all in for Wrestlers of all shapes, sizes and abilities..