Sachin Vs. Lara - Who's the best in Test Cricket?

Comparison of Sachin Tendulkar and Brian Lara in Test Cricket 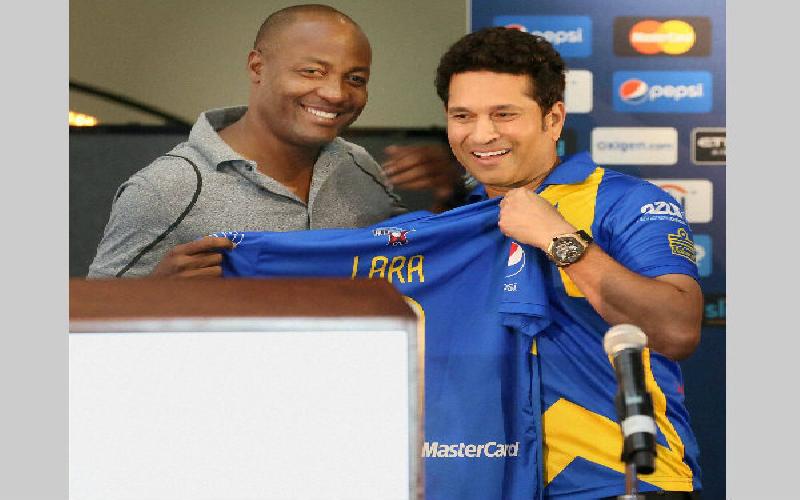 Comparison between Sachin and Lara - Who is the best? via statistics, pressure handling ability and other parameters

Lara and Tendulkar are the two greatest batsmen of the modern era. Along with the runs scored and matches won for their teams, the impact which they have made in the world of cricket is unparalleled. There have been numerous debates on “Who is the best - Lara or Tendulkar?” Some side with Tendulkar for his prolific career while others are in love with Lara for his match-winning ability. I have read the analysis, statistics, opinion pieces, interviews of eminent players etc. quite regularly over the last two decade and hence thought of summarizing them here so that the readers can take a quick look at the facts and figures.

Lara scored 11,953 runs in 131 tests at an average of 52.88 with 34 hundred and 48 fifties with the highest score of 400*. Although their batting average is similar, the longevity of Tendulkar makes his test statistics more prolific than Lara.

Bowler and Fielder: As a fielder, Tendulkar took 115 catches while Lara took 164 catches and from what I have seen, Lara was a better athlete, a better fielder, and a great catcher. Tendulkar was a part-time bowler which Lara was not and Tendulkar won few matches for India with his bowling. So Tendulkar gets an edge over Lara in this measure.

Team support and match-winning ability: Tendulkar scored 15.76% of team's run scored while Lara's tally stands at 20.33%. While Tendulkar was supported by the likes of Ganguly, Azhar, Dravid, Sehwag, and Laxman for the most part of his cricketing career, there were only a few world-class batsmen like Chanderpaul and Hooper to aid Lara during his batting career. Lara handled the pressure of scoring runs for his team better than Tendulkar and was more of a match winner. “Lara won more games for his team than Sachin probably has. I'd lose more sleep as captain knowing Lara was coming into bat next day than I would with Sachin” Ponting exclaims.

Technical Expertise: In terms of technique, Tendulkar had a copy-book stance and could play shots anywhere and anytime. He could play spin and pace with equal ease and was the most rounded batsman I have known. Lara, on the other hand, was a left-handed batsman who had high backlift, liked to shuffle a bit at the crease and adjust his shots at the last-minute. To me, Sachin had a mildly better technique and hence difficult to bowl as compared to Lara. Pressure Handling Ability: The ability to bat steadfast under pressure was the hallmark of Lara. He could play for two days at a stretch when he was on song. I think Tendulkar could not play longer innings when it came to tough-match situations. Lara could also play with a number 10 batsmen and score a century which I think, Tendulkar lacked.

Legends Speak: Vivian Richards once said: “I didn’t see Don but to me, in all my years associated with the game, I haven’t seen a better batsman than Sachin Tendulkar”. Sunil Gavaskar in an interview with The Hindu exclaimed "He was the closest thing to perfection. He could play on the front foot, the back foot…all around". Warne was once quoted as saying "I'll be going to bed having nightmares of Sachin just running down the wicket and belting me back over the head for six. He was unstoppable. I don't think anyone, apart from Don Bradman, is in the same class as Sachin Tendulkar". Hayden opines "I have seen God. He bats at number four for India".

Chappell said he loved the way Lara handled the spin attack. "I loved the way he played spin bowling and I admired his determination to always do it his way. If you told me I could pick just one of that trio, I would take Lara". Kallis picked Brian Lara as the best batsman he has ever played against when asked by ESPNcricinfo editor. Sangakkara wrote in ESPNcricinfo "Whatever he did on the field he did with style and grace. He was not just a cricketer, he was a performer. There have been many great players, but few with the same ability to thrill a crowd". Muralitharan once admitted, "I have played against a lot of great batsmen but one person I found very hard to bowl to is Brian Lara".

Conclusion: I have seen more innings of Tendulkar as compared to Lara. Along with this, if I analyze the different measures listed above and conclude then Tendulkar emerges as a slightly better batsman than Lara.

TAGS : Sachin Tendulkar Brian Lara Ponting Gavaskar Richards Cricket Lara vs Sachin comparison
Let us know how you like this article. Like it and Rate it below.
111 1
2
Thanks for rating this article
5 stars - by 2 user(s)

Rahul Dravid Is Inducted Into Icc Hall Of Fame

Rahul has upstaged even Tendulkar and now is a member of ICC Hall of fame. It's a pity that more Indians are not inducted into this elite category..

The viewers in Eden Gardens have never seen such a shameless worthless talent-less Australian side. Steve Smith should be sacked as captain.