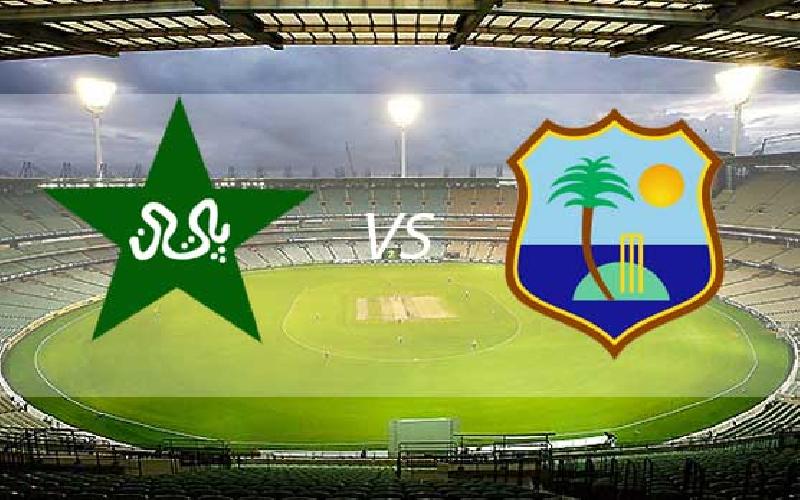 From a total of 7 attempts, teams including Imran, Wasim, Waqar, none could overcome the obstacles that came with the Caribbean Isles. Misbah attempts to take on the challenge against an extremely inexperienced side.

Just a little feather on it perhaps, Rameez was sure it was out. Perhaps a victim of the confirmation bias and intense emotions but every other fielder too was sure that there was a sound off the bat. Even Dujon on the other side had quieted down fearing that the streak that had been from 1958 was no more but the umpire had a soft verdict on the matter and there was nothing else required to rule in favour of the side defending their honour. 29 years in the future, the two men looking on, the thoughts and emotions being same all around the ground only this time, they looked on from the commentary box with technology far more advanced and influential on the decisions to be made. But even in the future, even with the DRS, destiny looked stripped from two men under the spotlight in the series, currently on the field, looking to end their careers by writing more pages of history onto their synopses; the duo that already had pasted many pages in books of history from their personal résumés. It was the same story as on every other major West Indian tour where it was Pakistan’s best chance to end the curse; on the brink of victory, cheated by something far more mortal than destiny.

Imran and Moin had been here, Wasim was bowling fiercely in both situations.

One vigorous shout after the other, they’d been repeatedly denied their fate. Seven test series in the Caribbean islands and not once could Pakistan return victorious. The bowling this time, especially the pace department, wasn’t anywhere remotely close to those times with Fazal, Imran, Wasim and Waqar, being the demons that they were, Pakistan banking on two pacers on their first test series and a modest Amir. The wicket was doing a little too much for the leg spinner, even his slider, which had gotten him so many wickets throughout his career, did too much or too little for the batsmen to edge it. The West Indian batsmen would happily play the line and miss the ball while blocking the straighter ones with no damage done, eating up balls and minutes off the clock. The most successful batsman of the series dropped twice by the debutant off his own bowling, giving flashbacks to the seasoned fans of the 2000 series where, like Hassan Ali, the youngster Saqlain literally had the match in his very hands but failed to finish the job on the occasion. Perhaps this would be the West Indies’ cleanest getaway yet as Misbah edged closer to joining his predecessors, simultaneously ending his career the way he’d been remembered throughout it, on his knees, knowing he should’ve gotten them through somehow.

Who would’ve thought of it this way, an extremely inexperienced side with no one with a hundred test wickets and just two players with over a thousand test runs, going up against the vintage test side which a few months back had taken the test mace from India (even though for a very short while), making them work for every bit of the success and denying them the ultimate honour. No one since the retirement of the legend Imran Khan had seen his side off on a high note. Javed Miandad, Wasim Akram, Waqar Younis, Saeed Anwar, Amir Sohail, Aqib Javed, Saqlain Mushtaq, Inzamam ul Haq, Mushtaq Ahmed, Salim Malik, Ijaz Ahmed Rashid Latif, Moin Khan, Muhammad Yousaf, Shahid Afridi, Shoaib Akhtar, all the big names which send chills down a cricket fans spine, no one had finished on a high since the retirement of the world cup winning captain in ’92 due to one reason or the other, be it controversy, injury, form, a hard loss or a poor outing on the field. Roston Chase and the lower West Indian order had perhaps vowed to ensure that the two accursed traditions of Pakistan cricket lived on for at least a few more years to come.

The clock ticking and there were less than a hundred deliveries left to be bowled. Just two deliveries away from history were Pakistan, just two deliveries out of a hundred with the tail enders other than Chase to get and Pakistan would make history and free themselves from the dreaded curses. No one would've thought that after the side being 6 wicket down for 93 that it’d go down to the last session let alone the last hour and certainly no once thought it’d come down to less than 10 deliveries to be bowled. Hassan Ali finally got a thick edge off of Alzarri Joseph’s bat and Sarfaraz took it cleanly. 52 deliveries to go as Gabriel walked in, it looked over for the West Indies but he would just keep blocking or missing. It was enough for the West Indians as long as he stayed there. Emotions running higher and higher with each delivery bowled, the chances of getting one magic delivery in getting lesser and lesser. Yasir Shah had already taken four in the inning, 24 in the series, topping Imran’s tally of 23 in the ’88 series and had been persevering throughout the inning to get the 5th. 9 balls to go, pitches outside leg and a huge appeal, popped up to silly point and given by the umpire as Gabriel immediately goes for the review. This time there’s clear evidence to overturn the on field umpire’s decision as well as Pakistan’s fate. That was a big scare for the West Indian fans but Gabriel only had to face two more deliveries and the last over would be negotiated by the centurion Chase, who’d been playing well throughout the series, tallying over 400 runs and repeatedly denying Pakistan victory. It was all over for the Pakistani fan; Gabriel would probably now be in even more of a shell after that scare. With the last hard delivery to go, no one but hard passion and emotion could predict what was to come. Googly tossed up outside off with a jam packed field and perhaps old Satan got to Gab’ as he slogs one onto his stumps and all of Chase’s hard work demolished with 6 balls to go, the 6 deliveries which he would’ve needed to negotiate but Pakistan take this round and for the first time in West Indies, the series as they run around jubilated ending the curses in perfect fashion.

A historic win for Pakistan and the perfect farewell to Misbah Ul Haq and Younis Khan, the legends who took Pakistan cricket to new heights, setting new bars, personally escorting them out of doubts, suspicions and hazards from day 1 on the new job, starting with South Africa in Dubai on the November of 2010. People may choose to remember them for what they could not achieve, perhaps due to their lack of aestheticism and their limitations, but the books of history will forever remember them as the saviours of Pakistan cricket, the saviours who took on the challenge of retrieving  the lost glory and integrity of Pakistan cricket and finishing as the highest run scorer in tests for Pakistan cricket and the most successful captain of Pakistan cricket, achieving far more than their caliber and critics allowed them to, registering themselves as the saviours of Pakistan cricket, finally allowing Pakistan the honour of a series win over the West Indies in their backyard in their farewell series, ending their careers the way they deserved to be, a fairytale ending, glory for them and Pakistan cricket as they hang their boots and leave behind a legacy, something for future generations to look back on and have a rush of adrenaline; blood pumping through their veins as they looked back at the extraordinary feats two ordinary men achieved, recognizing and playing their limitations.

TAGS : Cricket Pakistan cricket WestIndies cricket Misbah ul Haq Younis Khan Pakistan Cricket Board
Let us know how you like this article. Like it and Rate it below.
129 0
0
Thanks for rating this article
0 stars - by 0 user(s) 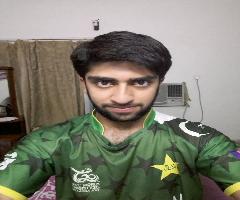