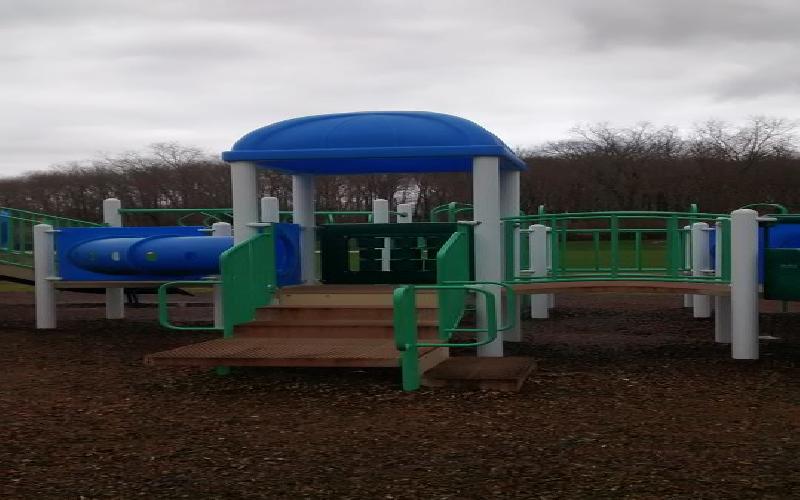 Interview of WPES Kids who need funds for a new playground

The playground at West Patent Elementary School on Route 172 in Bedford, NY is definitely not what it used to be.  “Our playground has gotten rained on for such a long time that much of the wood has rotted away” says eight year old Jackson. “It's gotten so damaged that they have closed it off with yellow tape.” But the money for a new structure won’t just appear or fall off a tree so Jackson makes his pitch to the local and global community in accordance with a playground that has clearly run its course.

“Do you really want to see a bunch of elementary school kids running in circles on a black top,” he brings the conundrum down to earth.

The third grader also understands that negotiating an intricate obstacle of bars, slides and inclines plays as big a part in learning as mastering the ups and downs of order of operations or the monotony of sentence structure.  “You learn how to problem solve on a good playground,” he says of the daily play grind.

Otherwise, West Patent kids will be left spinning their wheels until a raze and replace comes into play.  “When we have a playground that we like, it gets our energy out,” said eight year old Sienna Greco.

Wattage that kids need to keep from blacking out. They all agree that they work so hard during the day, and without a playground to exercise on, they won’t be able to think.

Unfortunately, that’s not the only part of the children’s mind set that will suffer so and misery will love company.  “If kids are stuck in the classroom without the chance to move and climb, they will not behave,” says Nadia.

The kids and teachers aren’t the only ones affected either, according to the well spoken third grader.  “A playground that works gives people jobs because we need people to watch us so we can be safe,” says Nadia.

At the same time, her insights have a long range outlook and come full circle.  “If you don’t give us a fun time during recess, we’re not going to learn as much so we won’t be smart enough to go to college,” said Nadia. "That’s important because the next generation needs to know what to do, and we cannot just wait for somebody else to do it - especially if we might be taking care of you when we get older.”

Jackson, Sienna and Nadia are counting on you. They all are and it’s in your best interest too.

If you would like to make a donation do so via paypal at WPESAdonation@gmail.com or make out a check to WPESA and write "playground" in the memo line

TAGS : Bedford Playground kids
Let us know how you like this article. Like it and Rate it below.
552 0
0
Thanks for rating this article
0 stars - by 0 user(s)

India Will Definitely Defeat West Indies In The T20 Wor