Mitchell Johnson is the most deadly fast bowler of the present day test match cricket. 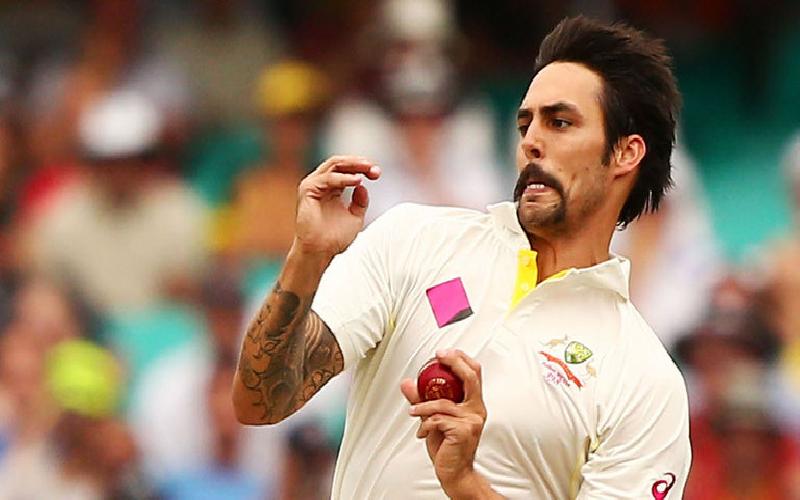 Mitchell Johnson is the most deadly fast bowler of the present day test match cricket. He had regularly bowled at 98 miles per hour. He had captured more than 245 wickets and recently single-handedly destroyed England in the Ashes tour of 2013 and 2014.

Australia’s Mitchel Johnson is the most deadly fast bowler of present day test match cricket. He had played only 57 tests and already captured 245 wickets. If he plays test cricket for another 3 years he will definitely get more than 400 wickets. It is a very encouraging scenario because with cricket becoming batsman-friendly in the recent days, the art of fast bowling is drying out. Other than Dale Steyn there is no other fast bowler who can really terrorize the batsman across the world. In One-days all the rules are against the bowlers.

Neither can they bowl bouncers nor short-pitched deliveries. The viewers like to see the bowlers being hit to different parts of the park. So the way the fast bowlers attracted attention in the 1980s, the same thing is not found now. There was a time in the early 1980s, West Indies had Marshall, Holding, Andy Roberts, Garner, Australia had Lillie, Thomson, England had Willis, Botham, Pakistan had Imran Khan, Sarfaras Nawaz, India had Kapil Dev, New Zealand had Sir Richard Hadlee. Present day test cricket does not have quality fast bowlers.

In 134 one day internationals he had captured 207 wickets. He had also scored 1,571 runs with an average of 22 in test matches. Day by day he is improving his batting. He made his test debut in the year 2007. He had regularly bowled around 97 to 98 miles per hour and unarguably remains the fastest bowler of present day cricket.

In the recently end Ashes tour against England, he had single-handedly defeated England by capturing 37 wickets in the five tests. He had dismissed the big run-getters of England namely Cook and Peterson a number of times in the series.

During Steve Waugh’s captainship Australia was blessed with 4 of the best bowlers of the world including Glenn Mcgrath, Brett Lee, Shane Warne and Jason Gillespie. Four of them had captured more than 1700 test wickets together. But after the retirement of these bowling giants, captain Rickie Ponting was in search of a deadly bowler. Mitchell Johnson filled the gap. In the captainship of Michael Clarke Australia is regaining its lost glory. Mitchelle Johnson is ably supported by other bowlers like Peter Siddle, Ryan Harris and Nathan Lyon. If Australia manages to defeat South Africa in their home soil in the test series in February, 2014, then they will be the best test playing nation in the world.

These days too much cricket is played across the world. If Johnson stops playing T-20 matches, he can prolong his test career. He is a great asset of Australia. He has the capability of creating early breakthrough in test pitches which have pace and bounce.

TAGS : Mitchell Johnson Australia
Let us know how you like this article. Like it and Rate it below.
2.07K 0
0
Thanks for rating this article
0 stars - by 0 user(s)

Jefferey Vandersay an upcoming leg-spinner who was missing from the team hotel finally turned up after a day. An action was taken and the player has been sent packing back to Lanka in the traditions of the game..