Comparing Cricket to Other Sports in India 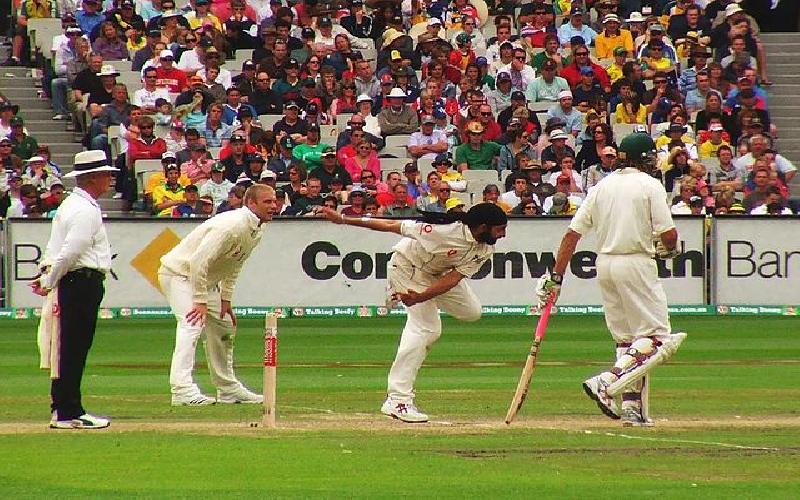 Cricket is one of the less popular sports outside the erstwhile British Empire. In particular it is the most popular sporting recreation among the people of India and other countries of sub-continent. Its popularity is also due to the fact that people see in it an opportunity of asserting their national identity and pride.

In India Cricket has a status that few sports may have ever enjoyed in such a vast population at any point of time. Its popularity can be held at par with Bollywood and Indian Politics, the only two activities that can compete with it in terms of public interest. The passion for cricket in India deserves to be analyzed systemically...

In India, cricket is not just a sport, it is much more. It is followed with the passion of love, devotion of religion and addiction of drugs. There is just no way by which cricket can be compared to any other sport or even all the rest of them together.

Origin and History of Cricket in India

Cricket was popular in India even before its independence, but its popularity was lesser than other sports like field hockey, in which India dominated the world stage till 1968. India's tryst with field hockey, which is its national game today began in 1928 with its participation in Olympics, and till 1968, it won every gold medal that the Olympics offered for this sport.

After 1968, it never won an Olympic gold medal, except the depleted Olympics in 1980. It did win the World Cup in 1975, but the rejuvenation lasted less than a year, till the 1976 Olympics which saw India losing badly and not even qualifying for the semi-finals. Ever since then cricket has never had a rival sport in India.

The only other sport which can claim to be as popular as cricket at some point in time, was football. In 1950s, India had a good football side which was recognized at least at the Asian level. However, with time, it lost its sheen and respect on international stage. Even though football continues to be played nationwide and is a part of every tournament, urban or rural, and even though Football world cup is a very popular sporting event in India, its popularity nowhere compares with that of cricket, except West Bengal and the North East. In Bengal, cricket is equally popular if not more, and in the North East, cricket has not yet cast its spell.

Cricket World Cup Victory of 1983: The Big Leap in Popularity

The sudden upward peeking of interest in cricket took place in 1983, when the Indian side, lead by Kapil Dev, unexpectedly won the World Cup. Before that, India had been making itself recognized by winning test matches off and on, but it was still not considered a world champion. The victory of an Indian sporting side in a world event excited the imagination of the country with a billion plus people (at that time it was less than a billion). Another factor was a live telecast of the world cup matches, which allowed cricket to enter the drawing rooms and bedrooms. As a result, a whole generation of kids was groomed to follow cricket all their lives, as well as adding a female fan following to the sports.

Today, cricket is much more than a game, and its stars as big as any celebrity can be in India. No other sporting success can take somebody to that level.

I am a physician, as well as a freelance writer with some expertise in several subjects. I write for the passion of writing. Life has blessed me with opportunities to witness interesting aspects of life and people around the world. Indeed, these are very interesting times and we who live in this era are privileged to experience it. You can find my articles at http://vkumar.expertscolumn.com/

Jefferey Vandersay an upcoming leg-spinner who was missing from the team hotel finally turned up after a day. An action was taken and the player has been sent packing back to Lanka in the traditions of the game..

Major Difference Between The Old And Modern Olympic Gam

The modern Olympic Games are patterned after the old ones which originated in ancient Greece. But today’s Olympic Games have many differences compared to the ancient times..