Review of Lords test: Advantage England as they Beat India 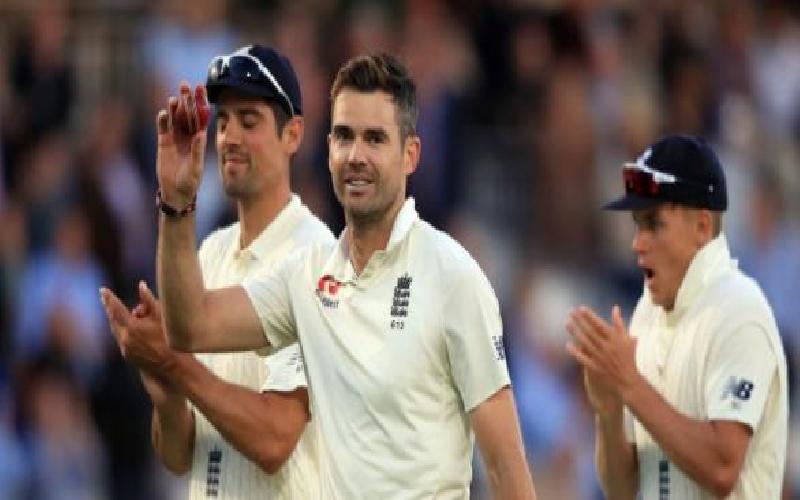 On an overcast wicket, the English pacer Anderson broke the back of the vaunted Indian batting line-up with 5-20. The weather cleared and England hit 396 but again the Indian batting was exposed to Anderson and Broad and it was a dismal 130 all out and a defeat.

Virat Kohli made two changes in the team that lost the first test. Shikar Dhawan was replaced by Pujara and spinner Kuldeep Yadav was brought in. This by itself was a questionable move as there was intermittent rain on the first day as well as a heavy cloud cover. It was an ideal condition for a good pace bowler to exploit. Worse Kohli lost the toss and the England Captain Joe Root asked India to bat. The Daily Star has reported that rain continued during the second day and in the murky conditions, only 35.3 overs were bowled.

These were enough to sink India for 107 all out as Anderson in a class performance of speed and swing bowling took 5-20. The Indian innings folded for a paltry 107 in only 35.3 overs.

Kohli must be wondering at his bad luck as conditions were tailor-made for swing bowling. Almost all Indian batsmen failed against the moving ball and to add to India's woe one of their stolid batsmen Cheteshwar Pujara was run out for 1 after facing 23 balls.

The English pace bowlers were lethal on this wicket with Jimmy Anderson being the pick of them. At the same time, the Indians showed poor technique on a seaming wicket. The Indian coach Ravi Shastri sitting and watching the Indian debacle appeared grim and showed he was worried.

England all the way

The weather cleared when England batted and they made hay against an Indian attack with only 2 pacers. The inclusion of Yadav was in hindsight a blunder and he failed. With dark clouds looming up again Hoe Root declared the English innings closed at 396 for 7 and India had almost 2 days to play out. A sterling innings was the need of the hour but Anderson had other ideas as he started by clean bowling Murli for a "duck". It was a landslide after that and India mustered dismal 130 all out. No Indian batsman could face  Broad and Anderson and under conditions tailor-made for them. it was all over very soon. India lost by an innings and 159 runs.

Kohli and Shastri will be wondering how to make a come back in the series but it is a difficult task as the advantage is with England. The surprise is the failure of Kohli. His dismals  show that he is human after all.

TAGS : Lords Test Jimmy Anderson Swing bowling Cloud cover
Let us know how you like this article. Like it and Rate it below.
76 2
1
Thanks for rating this article
5 stars - by 1 user(s)

Maxwell And Miller Heroics Again Led To Victory For Kin

The article speaks about the heroics of Maxwell, Miller and Pujara in the IPL 2014 match of Kings Eleven Punjab versus Rajasthan Royals on 20th April, 2014..