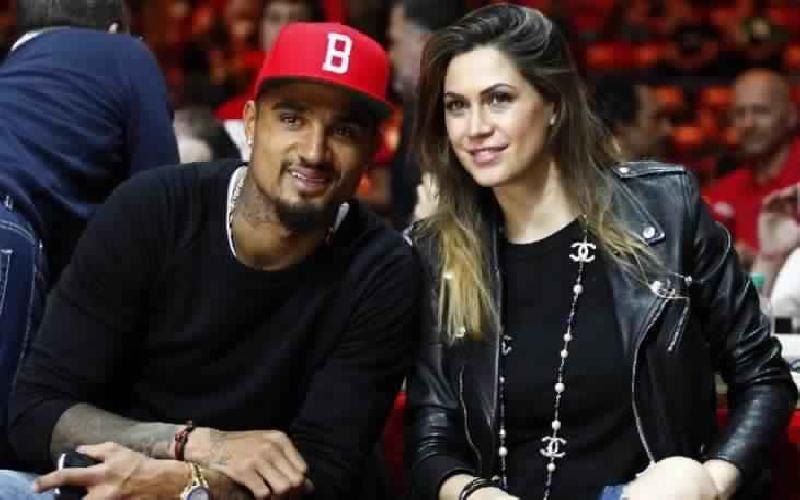 This article covers 8 famous football players who either dated or married models.

Football players are loved and admired all over the world. They command fame, money, and admiration. They have easy access to the glittery world of films, music, and modeling. This is where they get attracted to the famous beauties of the world. Some of these relationships graduate to serious dating or marriage. I have discussed here, 8 famous football players who either dated or married a model.

Kevin is a German-born Ghanaian professional footballer who now plays for Italian club Sassuolo.  He is known for his strength, foot speed, and dribbling skills. Melissa is a television anchor, model, and a showgirl. She has appeared in Maxim magazine and featured in the 2010 Sports Illustrated swimsuit issue.

2. Mesut is from Germany who plays for Arsenal. He also plays for the German national team. Mandy is a singer and a model. She is a from Germany and has several records in her name. Capristo regularly features on the German cover of FHM Magazine.

3. Sebastian is an attacking midfielder, who hails from the USA. He plays for LA Galaxy in Major League Soccer. He also plays for US national team. Becky is an American-Mexican who is a singer and a model. She has a modeling contract with makeup giant CoverGirl.

4. Edin is from Bosnia and named 'Bosnian Footballer of the Year' for three years in a row. He plays as a Forward for Serie A club Roma. Amra is a Bosnian model and an actress. She became a member of the modeling agency Elite Model in Paris.

5. Neymar hails from Brazil. He plays as a forward. He also represents French club Paris Saint-Germain and the Brazil national team. He is one of the most famous football players in the world. Bruna is from Brazil. She is an actor and a model. She has over 27 million followers on her Instagram page.

6. Mikel is from Spain who played as a midfielder. He is now an assistant coach of Manchester City. Lorena is an Argentine-Spanish actress, TV Host and model. She has appeared in the American television show, Chuck. She was Miss Spain in 1999.

7. Jonathan is originally from Argentina. He plays as a midfielder. He represents the Mexican club Chiapas as well as the Paraguay national team. Larissa is an actress and highest paid model in Paraguay. She is the face of the deodorant brand Axe in Paraguay.

8. Francesco is from Italy. He played for Roma as a midfielder. He was the captain for the Series A club. He is now a club director with Roma. Ilary Blasi is from Italy. She is a model and a television personality. She is the face of the jewelry chain Stroili Oro.

TAGS : Francesco Totti Jonathan Fabbro Mikel Arteta Neymar
Let us know how you like this article. Like it and Rate it below.
209 1
1
Thanks for rating this article
5 stars - by 1 user(s)