Tommy Formicola: A Joy for Byram Hills Fans and Athletes 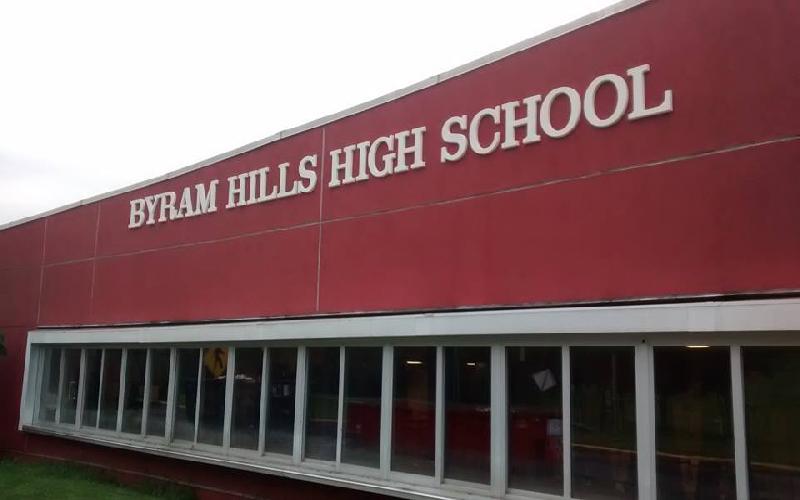 This piece is profile of Tommy Formicola. His joy and sports enthusiasm are noticed and appreciated in his home town

Just as much as a Skylar Sinon three or Matt Groll roll to the hoop is a fixture at Byram Hills Basketball games so is the joyful presence of Tommy Formicola. “I get the team hyped up,” he says. But all the good cheer as the unofficial orchestrator of Bobcat hysteria isn’t simply ceremonial.

“Coach Repa said I am the spirit of the Bobcats,” beamed the team student manager from his house.

Of course, this means keeping a ready supply of water and balls flowing to the players at practice and staying on top of the equipment. But his basketball acumen must adhere to standards as all the other players. “If I miss a layup I have to do laps like everyone else,” he assured.

For his own games where he plays in a basketball program through Greenburg Special Recreation,  he likes the area above the arc. Just as his favorite Bobcat player Louis Filippelli, he said, “I like three pointers.”

On the other hand, that doesn’t put him above getting to the hardwood and getting into the thick of it.

“My favorite part is stealing the ball,” says the 2015 Homecoming King.

What appeals the most to him back at Byram Hills gets everyone’s attention too. “Coach Mack gives me the sign, and I press the buzzer,” said the senior.

Coming out of those timeouts, Byram Hills might look for a momentum shift, and Formicola takes pride in helping with the seismology. “I tell them not to give up, because the world is waiting for them to win,” said Tommy.

He also implores the boys to look forward not back, but his Mom for the moment reveled in being retrospective. “The job as team manager has given him a great experience where he’s not just watching. He’s doing everything,” said Louisa Formicola. “Mr. Mack makes sure he’s getting those balls and staying involved.”

Formicola doesn’t miss the life lesson of making a vital contribution either, while the basketballs aren’t the only ones making the rounds of the team manager’s efforts, according to Mom. “They really accept him and don’t want to let him down,” she said. “He brings out their best.”

Steve Formicola agrees, and the team gets an assist that goes full circle. “They stop, listen and care,” said Dad. “It brings out the best in Tommy and the guys.”

The baseball team happily knows the drill too with Formicola at the helm. Unfortunately, extra innings will only apply to what happens between the lines. “We are seniors, and the year is ending,” said Formicola.

Formicola is eyeing acceptance to a program at Pace, but the bleachers at Byram Hills will always be a home for his hoopla no matter where he lands. “We will still be going to the games to support Coach Repa and the team,” concluded Formicola.

If you're looking for photography or game coverage at any level in Byram Hills, I can be reached on Facebook or at Rmonetti@aol.com

TAGS : Basketball Byram Hills
Let us know how you like this article. Like it and Rate it below.
1.04K 0
0
Thanks for rating this article
0 stars - by 0 user(s)