Mickey Mantle: Inside and Outside details Friendship between Mickey Mantle and Devoted Fan 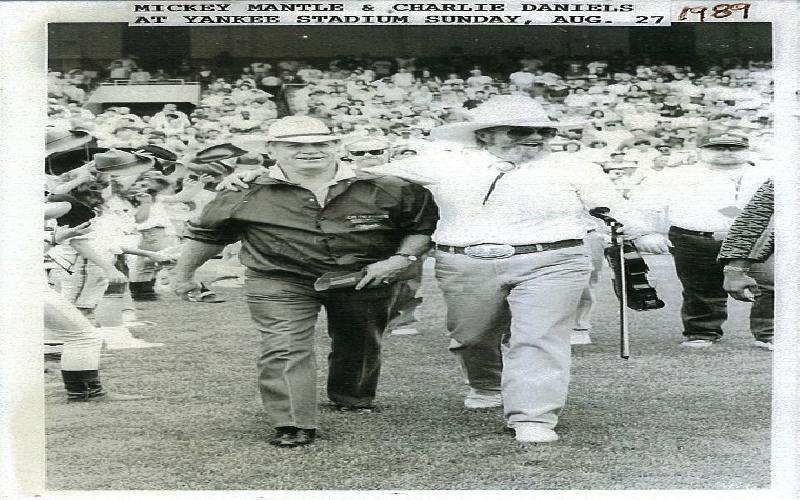 Mickey Mantle: Inside and Outside the Lines is a Memoir of Friendship between Mickey Mantle and lifelong fan and admirer

The most recent book of note on Mickey Mantle was The Last Boy by Jane Leavy, and it doesn’t pull punches about getting into the more salacious aspects of the slugger’s life. However a real intimacy goes as far as the author’s access. “She spent one night with him,” says Tom Molito of Pound Ridge, NY.  But the release of his new book doesn’t put “the Mick” at a distance for all those that adored him.

“It’s told from the perspective of someone who was a business partner but also spent a fair amount of time with him as a friend,” said Molito of Mickey Mantle: Inside and Outside the Lines.

Reading almost like a conversation, Molito was among the millions who dropped everything with each appearance. So he showed no pause when his production company, Cabin Fever Entertainment, sought a narrator for a documentary on the 500 homer club in 1988.  He reached out to the Yankees, and as a deal emerged, Molito feared fate might somehow intervene. “I hope I don’t die before this (meeting) takes place,” he remembered in chapter one.

The concern unfounded, a friendship would ensue, and the stories were a plenty. But not until long after Mantle died did a friend point out that his anecdotes stood alone.

“I’ve never heard these stories. You should write a book,” Molito conveyed the revelation.

A favorite of Molito's involves the friendship he helped cultivated between Mickey Mantle and Country Music Legend Charlie Daniels, who wrote the forward. Daniels sent a copy of his song Same Ole Me and Mantle got playful upon receiving "I like dogs and railroad trains, Mickey Mantle and ole John Wayne," Mantle took in the refrain, dialed up Daniels and wanted to know why John Wayne was in his song.

Mantle walking down Park Avenue wearing Daniel's cowboy hat - the big ears protruding - is another unforgettable moment. But Molito also brings added spin to the well-known. Most Yankee fans know of the Harmonica Incident during the tight Pennant race in 1964. After a tough loss, utility infielder Phil Linz was playing the harmonica on the bus.   Drawing the ire of Yogi Berra, the Yankee Manager implored an end to the mini ruckus, and  Mantle intervened.

But the devilish glint in Mantle's eyes as he told the story over dinner was precious. “Tom, I couldn’t help myself. It was too good an opportunity to pass up,” Molito penned.

Baseball was at the heart of his impetus - the idea was to loosen up the team. That said, Mantle prided himself on being a good teammate, according to Molito, but the author also ran afoul of the icon’s notorious drinking.

Molito’s chapter, Sad Night at the Waldorf Astoria, encapsulated the depths that Mantle could sink.

At a benefit for the Miami Project, and their initiative to fight paralysis, Mantle was eager to help. On hand with notables such as Muhammad Ali, Bobby Orr, O.J. Simpson and a blonde Molito later realized to be Nicole Simpson, disaster awaited at the podium. “Mickey slurred his words and rambled. Initially there were some uneasy chuckles, but everyone quickly recognized Mickey’s state. It seemed as if he would never finish. Finally, after a merciful end, he limped to our table,” Molito wrote.

Molito and his girlfriend/manager Greer Johnson saw the video of the speech as an opportunity for an intervention. “Why the hell are you showing me this - to make me feel bad?” Mickey wasn’t ready to face his demons,” Molito revealed the reaction.

However his larger than life stature hadn’t put him above it all – even on this night.  Sitting among star struck Fortune 500 CEOs, wrote Molito, “They were like a group of teenagers getting to talk to Elvis. Mickey answered them as politely as possible as each one of them showed real pleasure when Mickey asked them a question.”

Mickey exhibited a similar humbleness on the diamond by always rounded the bases quickly on home runs so as not to make pitchers feel worse. At the same time, Molito unearthed a number of feats lost to history. These include a third ball hit off the stadium facade, and all the right field upperdeck homeruns he hit batting right handed.

He also makes his case for Mantle as the best ever.  All the stats are there, but one subtlety exhibited the fear Mantle engendered. During the 1961 chase for Babe Ruth’s 60 homer mark with Roger Maris, Molito reveals that Maris didn’t receive one intentional walk in a season where Mantle batted behind him. Maris also batted .174 with Mantle out of the lineup.

Still, Mickey lamented what might have been. “He felt like he wasted his life and his talent,” said Molito.

However, Molito made sure to do his part to alter that judgment – especially after Mantle expressed his regrets in a Sports Illustrated article the final year of his life. “In a world that’s pretty tough, people have disappointment and sorrow,” he told Mantle. “Following Mickey Mantle was the joy of millions and still is.”

He doesn’t know whether the message sunk in, but Mantle did what he could to make amends. He finally got help and told kids not be like him by succumbing to drink.  “There’s a redemptive quality to Mickey’s life and the book,” said Molito.

A fitting walk off that brings a real humanity to all those that loved him, while the entire recounting let’s devoted followers share in Molito’s dream.    Allowing them to live vicariously through me, he concludes, “The book is a love letter to them.”

The Book is available on Amazon.com, Barnes and Noble, http://www.blackrosewriting.com, and book stores all over the country. Please like blackrosewriting on Facebook if you can

TAGS : Mickey MantleYankeesPound RidgeCharlie Daniels
Let us know how you like this article. Like it and Rate it below.
3.72K 0
0
Thanks for rating this article
0 stars - by 0 user(s) 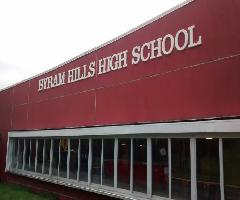 Tommy Formicola: A Joy For Byram Hills Fans And Athlete

This piece is profile of Tommy Formicola. His joy and sports enthusiasm are noticed and appreciated in his home town.