Sir Vivian Richards and Sunil Gavaskar were great batsmen in their own esteem. 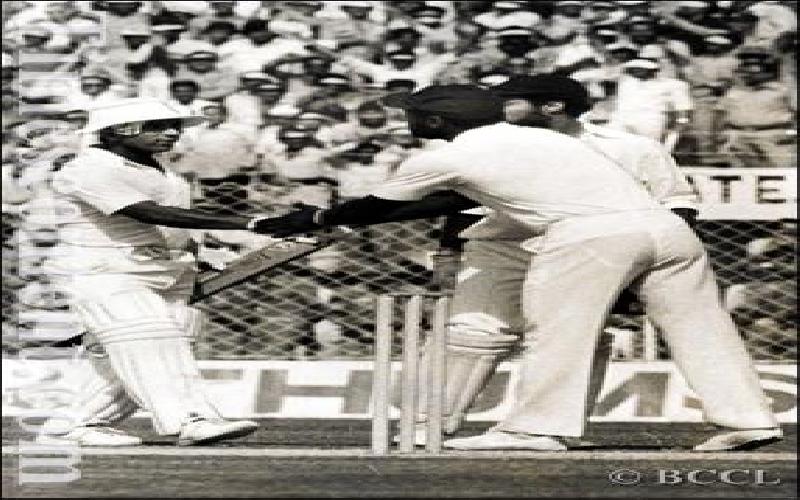 The article speaks about the heroic deeds of Richards and Gavaskar. Both had different styles of batting but entertained the spectators with brilliant strokes all over the field.

Vivian Richards and Sunil Gavaskar were great batsmen in their own esteem. Viv Richards was the most attacking batsman of the 1970s and 1980s. He had scored 8,521 runs in 121 tests with 24 centuries. In the one day internationals he had scored 6,721 runs in 187 one-days with 11 centuries. In test cricket his average was 50 while in one-days it was 47.

More than the records the major reason of greatness of Richards lie in his destructive capacity. A number of great fast bowlers in the early 1980s like Imran Khan, Sir Richard Hadlee, Denis Lillie, Thomson, and others never wanted the first wicket of West Indies team to fall.

The moment Greenidge or Haynes used to get out, Richards at the number 3 position came in. And then, whatever was the field placing, it went out of order due to non-conventional strokes of Richards. He could go for a pull shot across the square leg area of a ball outside the off-stump. Once the majority of bowlers lost their line of attack, they could hardly regain that favourite off-stump line or middle-stump line. None of the batsmen in the 1970s and 1980s had that capability. His native country Antigua and Barbuda conferred him Knight award and from that time he is called Sir Vivian Richards.

He was extremely successful as a captain also. He captained West Indies in 50 tests, won 27 of them and lost only 8 of them. In the one-days his record was even better than Clive Lloyd. He had captained West Indies team in 105 one-days and won 67 of them, lost only 36 of them. His spin bowling had earned 32 wickets in the 121 tests and 118 wickets in the 187 matches.

Sunil Gavaskar was one of the other legends whose style of playing was absolutely opposite with Viv Richards. He had been considered as one of the greatest opening batsmen of all times. He had played 125 tests and scored 10,122 runs with 34 centuries. He was the first batsman to score 10,000 runs in test cricket.

He played 108 one-day internationals and scored 3092 runs with 1 century. He had the greatest credit of scoring majority of his runs opposite West Indies and Australia, who had great fast bowlers in their armoury including Michael Holding, Andy Roberts, Malcom Marshall, Denis Lillie, Jeff Thomson and others. If Richards was a destructive batsman, Gavaskar was a watchfull who made the bowlers toil hard to earn their wickets. He was an artist.

He rarely gave any chances. As an opener he faced the ball, when they were new and when the polish was intact helping them for brilliant swing bowling. As captain also Gavaskar was extremely successful. The cricketers of the new era should learn batting from these giant batsmen.

TAGS : Gavaskar Richards India West Indies
Let us know how you like this article. Like it and Rate it below.
3.84K 1
0
Thanks for rating this article
0 stars - by 0 user(s)

Kapil Dev Versus Ian Botham In The 1980s.

The article speaks about the great deeds of great all-rounders Kapil Dev and Ian Botham. They were great in their own esteem.