Consider This when Judging a Basketball Brawl

Be More Introspective about Your Fears when Judging an NBA Fight 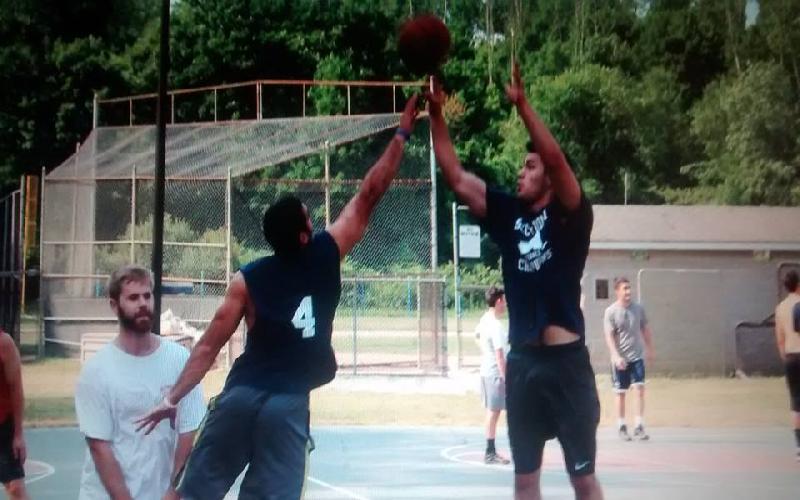 In comparison to other sports, we're quick to classify NBA players as thugs when they fight but there's more to consider

Often after an all-out basketball brawl, sports commentators and radio call in listeners usually condemn the mayhem in a disgust that is universal. On the other hand, baseball fights elicit pride and have been later cited as the moment a team came together in a championship season. (see 2004 Red Sox-Yankees/Varitek-ARod…We don’t throw at .260 hitters). The next thing that comes is the accusation that critics are viewing the incidents through the prism of race – thus the difference reactions.  So I’m going to attempt to explain.

I think the basketball fight does look scarier. I also think my perception is skewed by race, and I’m probably not alone on either count. But there are factors to consider when interpreting the biased reaction.

One is the typical that these NBA guys are all street thugs who would be doing this on a daily basis if basketball was not a profession.

Those people can suck it.

For others, you just can’t get around the fact that we are all human, and gut level emotion is hard to judge – especially if you try to bring rationality to an irrational emotion.

That said, I still think there are explanations that separate out the racial part. So let’s compare across the spectrum of professional sports.

First you can’t compare hockey and football to make the case against basketball. Aside from the fact that hockey fights are institutional and long accepted, the fisticuffs are inherently contained and follow a standard script.

How significant a fight can you have on a surface of ice?  Either way, the gloves go off - and sooner or later - one guy is on the ice, and that’s it. The referees wrestle them away from each other, and everyone settles back in.

Of course, the third man in rule has thoroughly contained the worst offenses of the past.

Football also has constraints. How much of fight can you really have wearing all that equipment? Even so, I have never seen an all-out football brawl, which is striking.

Could it be that the game already is so violent that a fight just seems too much to bear? Could it have something to do with the short playing career and lack of guaranteed contracts? I’m sure it’s never far from their minds.

So the real comparison is with baseball.  Baseball fights usually occur with one player chasing down another. Batter charges the mound, throws a punch and both end up on the ground. 45 players then converge and tends to clutter in a pile on the ground.

Very predictable, which NBA fights seem not to be.  There’s usually no mad dash involved in basketball. Both players are tangled up already, and there’s less momentum for them to end up on the ground. As a result, they’re more prevalent to go toe to toe, and have the entanglement turn into a shoving fest that has a mind of its own.

At the same time, fewer players involved seems to allow the fallen to actually get up and keep the fight in motion. However, baseball fights still do have the possibility of traveling, but a significant distinction does exist that causes separation.

I’ll liken it to the manner in which movies escalate the drama by putting the plot on the clock. The bad guys have just taken the huge diamond that Indian Jones would love for the museum, and we’re certainly responsive to the chase. But the race to secure the antidote he just swallowed adds the element of time to the excitement.

In basketball’s case, a lack containment is what hangs over the main drama. In other words, there’s no partition to separate the melee from the fans. So as the focal point moves chaotically the uncertainty suddenly involves real people, and sitting at home, it’s not hard to see yourself in those seats.

Consider that the next time you want to jump to the standard conclusions without any introspection.

TAGS : Baseballbasketballfighting
Let us know how you like this article. Like it and Rate it below.
367 0
0
Thanks for rating this article
0 stars - by 0 user(s)

Richie Benaud Is Considered One Of The Best Test Captai

The article speaks about the great captainship skills of Richie Benaud. He was born in 1930.