Professional Cheerleaders are Nice to look at but at What Cost

What's worse, a nip slip or accepted objectification on the sidelines 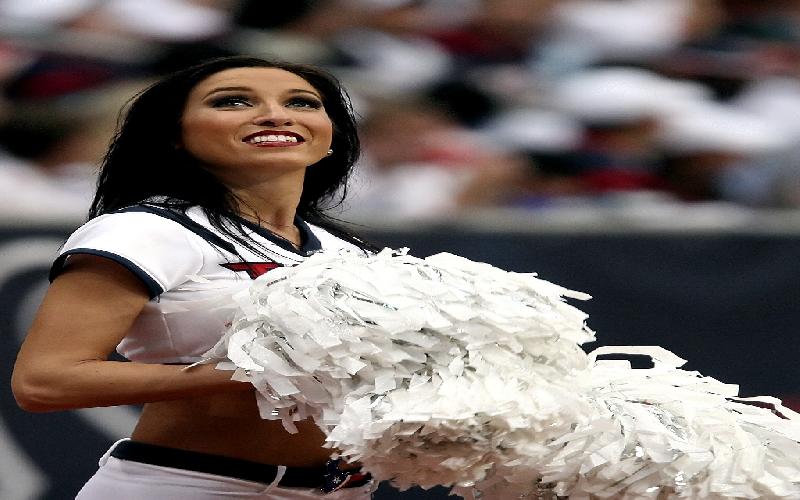 Professional Cheerleaders : I like to look at them.  I’d like to accidently brush up against one in the subway too – if subterranean mass transit is a mode of transport they use. But I’m glad the Giants don’t have them, and I was annoyed when the Knicks rolled out the City Dancers a few years ago. Here are my issues with them.

The lesser of the problem has to do with purity and frustration.  A true fan puts the travails and triumphs of the Knicks, Rangers, Giants and Yankees above all else. You’re locked in, and you’re not there for distraction.

So the very presence of a cheerleader is antithesis of everything you are about as you sink or swim with your team.

In addition, your passion wouldn’t be so dialed up if anything resembling a cheerleader was among your endeavors. So do I really need to be reminded of my inadequacy? I’m so invested because I want to forget, dammit.

I make the more important point around Janet Jackson’s 2004, “Wardrobe Malfunction.” How could we ever forget the nine-sixteenths of a second of Jackson’s sun obscured breast. FCC Chairman Michael Powell voiced our misdirected outrage. "Like millions of Americans, my family and I gathered around the television for a celebration," he said. "Instead that celebration was tainted by a classless, crass and deplorable stunt. Our nation's children, parents and citizens deserve better."

I wonder what he had to say as some of those very children served and died in Iraq of his father’s misdirection before the UN. That’s clearly another story.

But somehow he and the rest of the country blatantly miss a far more damaging display. On Super Sunday, we celebrate the extraordinary talent that brings a hundred men to the pinnacle of American life, and if we can overlook all the rap sheets, role models of hard work and perseverance for every boy in America.

But for the girls, in the cheerleaders: The realization that a really hot body provides a preeminent opportunity to give middle aged men a moment to believe that the world hasn’t passed them by – until it quickly does. Plus $25 a day, and now after several cheerleading teams have brought suit, substandard health insurance.

Wow.  Where’s the outrage and we obviously don’t contain the hypocrisy to the Superbowl. But we were ready with punishment.

Justin Timberlake and Janet Jackson have both claimed the expose was not a part of the act.  To me, it’s hard to believe otherwise.

No matter, a double standard doled out the consequences. “I probably got 10% of the blame, and that says something about society,” Timberlake told MTV. “I think that America’s harsher on women. And I think that America is, you know, unfairly harsh on ethnic people.”

The proof was almost immediate.  Timberlake appeared on the Grammy’s the following week to apologize for the unintended occurrence, while Jackson was uninvited as a presenter. CBS was unwilling to risk another “Boob Tube incident.”

In the aftermath, his talents enabled his career to go on flourishing and the initial success of her eighth album fell prey to the gender gap. Jackson’s singles received minimal play by CBS as retribution, according to Rolling Stone. “CBS and MTV’s parent company Viacom, angered that an unannounced addition to the Super Bowl performance has now cost them all future halftime shows, [hit] back at Jackson by essentially blacklisting her, keeping her music videos off their properties MTV, VH1, and radio stations under their umbrella.”

As a result, Damita Jo ended up being Jackson’s lowest-selling album since 1984. Her next two albums did no better, and for the next seven years, she became a nonperson in the pop-music scene, wrote Austin Martin of Sports Illustrated.

On the other hand, her career has again resurfaced so redemption is as active an aspect of our America as the Pilgrim values that still hinder our adolescent development. That said, how does this medievalism allow a glimpse to blind us from a far more glaring and devastating immorality. Maybe because the sexual repression that disembarked from that boat blinds our conscious outrage and requires a titillation deemed wholesome to compensate.  Mental Illness will do that sort of thing to you.

TAGS : Janet Jackson NFL immorality sexual repression
Let us know how you like this article. Like it and Rate it below.
464 0
0
Thanks for rating this article
0 stars - by 0 user(s)

How To Look After Your Shot Gun

A shotgun is a hardy weapon and can be single or double-barreled. It is good for bird shooting and small game like moose and ducks.