Australia Win Back the Ashes

With a 3-0 lead Aussies are in a unassailable position 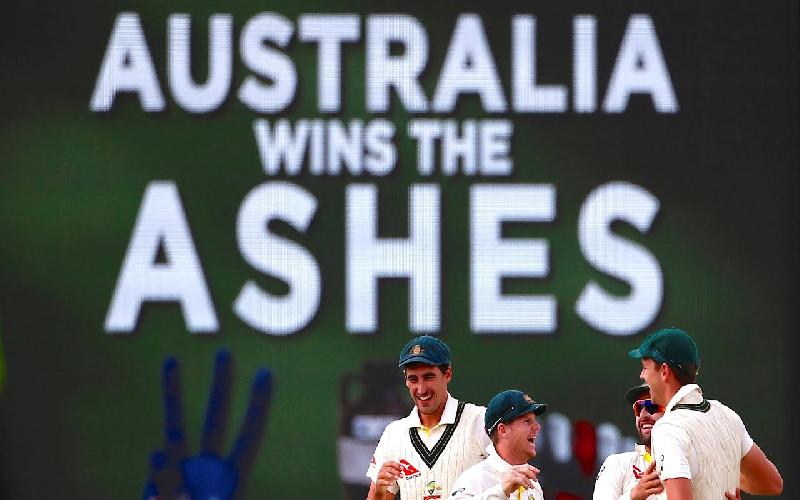 The Ashes always generate interest. This time all the plans of England came to naught as they have lost the first three tests and in a five-match test series it's all over bar the shouting

England under Joe Root landed in Australia to defend the Ashes. This is a mythical cup that contains the ashes of wickets that were burnt in 1882 after Australia won their first test in England at the Oval. In the last series played in England the MCC had prevailed, but this time despite coming to Australia a month ahead of the series to acclimatize with the conditions, the English team has come a-cropper. They have lost all the 3 tests played so far by big margins. The last test resulted in a defeat by an innings.

The biggest failure of the English team was the failure of their top batsman Alistair Cook. He has not played a sizeable inning in any of the tests.

Coupled with this is the failure of the spin bowlers. On the other hand, the Aussies under Steve Smith have built up tall scores with Smith hitting breathtaking centuries. It's been a one-sided affair and now that the series is lost the English think tank and selectors will have to do some introspection. What happened? There is a possibility of a complete washout looming ahead. England will have to lift up their game in the remaining two tests to get their tail up a little.

England and Australia have been playing tests since 1877 when the first test match was played. The Ashes series always generate interest around the globe as its the oldest cricket competition. The Ashes series have produced some of the greats of the game like Sir Donald Bradman, Sir Len Hutton, Dennis Compton and Charlie Grimmet. There are much more and the series have become almost legendary.

Joe Root, the poor man has tried hard, but his batsmen and the two Muslim spinners have let him down.  The series is now lost. Come to think of it, the English team seems to be poor losers in away series, as they lost all their matches to India during their last visit.

TAGS : Ashes England Test Series Australia
Let us know how you like this article. Like it and Rate it below.
112 5
0
Thanks for rating this article
0 stars - by 0 user(s)

The viewers in Eden Gardens have never seen such a shameless worthless talent-less Australian side. Steve Smith should be sacked as captain.