Who hit the longest homerun in baseball history? This is a question that many people ask but most people do not know the answer to.  The answer is not completely known although there are many rumors of long- hit balls, some hit as many as 600 feet. The farthest ball that has been hit and confirmed is Mickey Mantle's blast that traveled 565 feet before landing. There may have balls hit farther than this, but this is one that has been verified. If you were to ask multiple baseball historians who hit the longest homerun in baseball history, they would likely give you multiple answers. Many rumors of long homeruns have been disproved by science.

There have been a lot of power hitters in the history of baseball.

Babe Ruth, Mickey Mantle, Albert Pujols, and Barry Bonds are just a few out of the hundreds of power hitters that have played. Many power hitters have had 500+ foot power, which makes it difficult to know who hit the longest homerun in baseball history. There hasn't been a single player with tons more power than the other players the have played. Although you could argue how many homeruns a players has is the best indication of his power, how much "power" is  very subjective. Barry Bonds has the all- time record for the most homeruns in a career, but you don't hear his name in talks about the longest homerun in baseball history. On the flip side, Mickey Mantle probably hit the farthest homerun in baseball history, but he didn't have as many homeruns as Bonds, Ruth, and 13 others.

So what does it take for a player to hit the longest homerun in baseball history? Well, the obvious answer to this question is strength, but there is probably a lot of luck involved as well. If Mantle's timing was a fraction of a second off in his 565 foot homerun, he might not have even hit the ball out of the park. What probably happened is he was guessing fastball and was planning on swinging for the fences. He probably got that fastball, and in the place he was expecting it as well. This, coupled with his strength and fundamentally solid swing, led to him hitting such an enormous blast.

There have been a lot of good hitters in baseball history as well as a lot of long homeruns. The best hitter is debatable, but as for the longest homerun? Only God will know. Need a bat? Read this! http://www.squidoo.com/what-bat-should-i-get 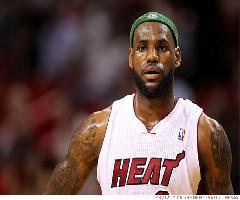 Kapil Dev Versus Ian Botham In The 1980s.

The article speaks about the great deeds of great all-rounders Kapil Dev and Ian Botham. They were great in their own esteem.