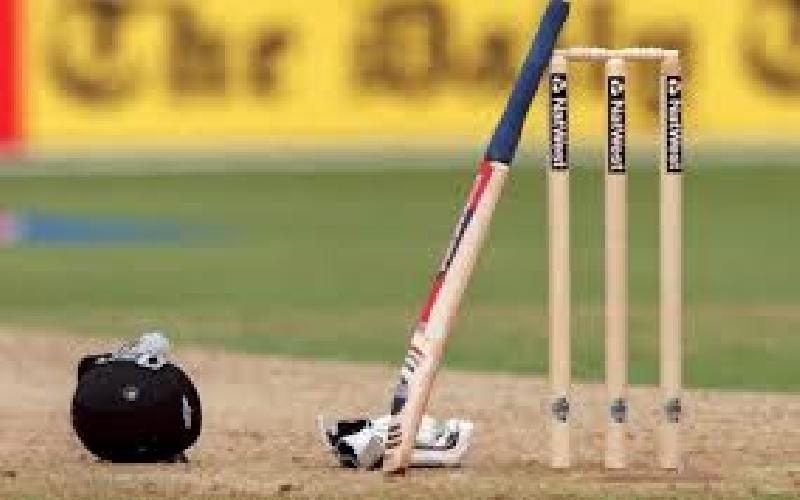 I have discussed the best of the best test players who are a part of my Test World XI of all time. The team consists of 11 players from India, Australia, Pakistan, Srilanka and West Indies.

Player or non-player, everyone wants to compile a list of Dream XI or All Time XI. We have seen Tendulkar, Shastri, Chappell, Lara, and others come out with their list for all time Test XI or One-Day XI. Being a cricket lover, I have watched and played cricket since childhood and hence I feel entitled to do this exercise myself. Here I have discussed the best of the best test players who are a part of my World XI of all time. The team consists of 11 players from India, Australia, Pakistan, Srilanka and West Indies. Some contenders who could not find a place, have also been mentioned.

Number 1: This position is only meant for Sunil Gavaskar.

His cricketing records (first to score 10000+ runs, first to break Bradman's record of 29 centuries etc) and temperament make him worthy of this position. Boycott, another opener from England was good but he was too slow and at times self-centered while batting. Gavaskar's ability to play genuine pace as well as spinners with equal tenacity puts him miles ahead of his competitors.

Number 2: Virendra Sehwag is a perfect foil to Sunny's defensive batting. Sehwag redefined the modern-day test-cricket with his explosive batting, hitting boundaries and maximums at will. He holds the distinction of being one of four batsmen in the world to have ever surpassed 300 twice in Test cricket. In 2005 he was described by Wisden Cricketers' Almanack as the "most exciting opener" in the world

Number 3: Viv Richards is called as 'Black Bradman' for no reason. He was brutal, he was devastating and he could crush any opponent with his explosive hitting all around the park. The word "swagger" is often used to describe his batting style. In 2000, Richards was named one of the five Wisden Cricketers of the Century. Another batsman Rahul Dravid comes to my mind for this position but he just falls short of Richards in terms of expectations from a number 3 batsman.

Number 4: Sachin is one of the best batsmen to have ever played the game. He played 179 Tests out of his 200 Tests at the number four spot. He scored 44 centuries and his highest score of 248* also came at this position. His record speaks volumes about his stature in the game and every praise insufficient. The expectation from Sachin to perform in every match and his ability to deliver most of the time, make him worthy of this place. Brian Lara was another choice for this place, but he was not as consistent as Sachin.

Number 6: Dhoni is probably the only player in the world who is liked by his own teammates as well as opposition players for his temperament and humbleness. An exquisite wicketkeeper, fantastic captain, and a destructive batsman to demolish any kind of bowling attack. His ability to play under pressure and emerge victoriously is matched by none. Gilchrist was another choice, but he lacked the dynamism of Dhoni. His record of close to 5000 runs and 256/38 catches and stumping is quite impressive. He will also be my Captain.

Number 7: Dennis Lillee is the best bowler ever to be born. The perfect action, genuine pace of 90+ mph and devastating bouncers and in-cutters were a nightmare to even the best of the batsmen. He took 355 wickets at an average of 23.92, which is phenomenal by any standard. On 17 December 2009, Lillee was inducted into the ICC Cricket Hall of Fame. The impact of the Lillee/Thomson bowling attack was summarised during the 1974-75 Ashes series, when Sydney newspaper The Sunday Telegraph ran a photo of Lillee and Thomson with a cartoon caption underneath that read “Ashes to Ashes, dust to dust, if Thomson don't get ya, Lillee must.”

Number 8: Wasim Akram is the best left-hand swing bowler of all time. A genuine pace bowler who could swing the bowl both sides at ease. Also known as 'Sultan of Swing', he could murder any batting attack at will. Wasim Akram was the only Pakistani cricketer to be named in an all-time Test World XI to mark the 150th anniversary of Wisden Cricketers' Almanack. He took 414 wickets at an average of 22.64 which is enviable by any standard. A useful batsman, he could bat easily against spin and pace.

Number 9: Malcolm Marshall is the most frightening bowler which the world of cricket has seen, so far. His name evoked fear. Batsmen refused to bat when he was at his peak. His in-cutters and bouncers made him almost unplayable. He took 376 wickets at an average of 20.94 which is phenomenal and best. He was a useful batsman who scored around 2000 runs.

Number 10: Warne is a master wizard who could spin the ball at an almost right angle. Probably the best leg spinner of all time. He is credited to have bowled 'Ball of the Century'. A bowler with an astute mind, he took 708 wickets at an average of 25.41. In 2000, he was selected by a panel of cricket experts as one of the five Wisden Cricketers of the Century

Number 11: Muralidharan is the best off-spinner to have played the game. He could deceive any batsman and he held the number one spot in the International Cricket Council’s player rankings for Test bowlers for a record period of 1,711 days spanning 214 Test matches. Overall he took 800 wickets at an average of 22.72.

TAGS : Sunil Gavaskar Virendra Sehwag Viv RichardsSachin Dhoni Waugh Malcolm Marshall Akram Warne Muralidharan Dennis Lillee
Let us know how you like this article. Like it and Rate it below.
137 3
1
Thanks for rating this article
5 stars - by 1 user(s)

The article speaks about the heroics of Jack Kallis in the victory of Kolkata Knight Riders in the first match of IPL 2014 held at Abu Dhabi..

Rahul Dravid Is Inducted Into Icc Hall Of Fame

Rahul has upstaged even Tendulkar and now is a member of ICC Hall of fame. It's a pity that more Indians are not inducted into this elite category..