The Stephanie Crispinelli Softball Tournament Continues with a Purpose

Somers Community Refuses to Forget the Life of Stephanie Crispinelli 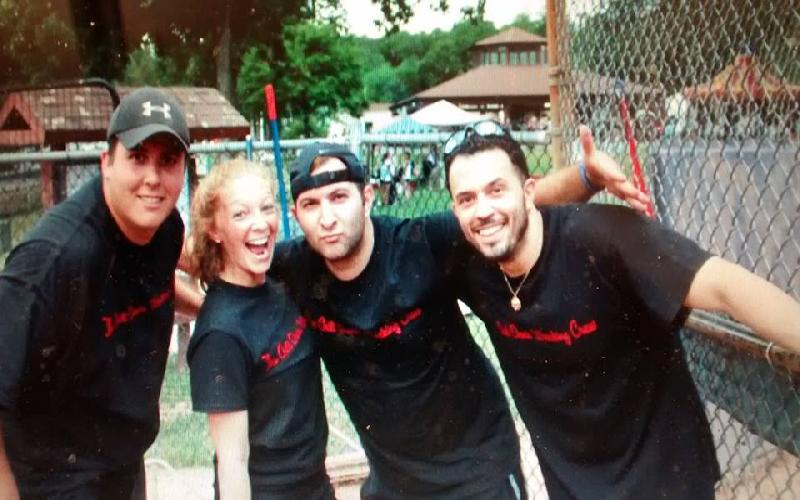 On Sunday afternoon, Reis Park in Somers again played host to the Stephanie Crispinelli Softball Tournament and Fundraiser. Initiated seven years ago to remember the 19 year old’s tragic death in the Haiti earthquake and celebrate her efforts to bring education to developing countries in the Caribbean, the community event defies the typical logic that people eventually move on and leaves the family to carry the pain and the cause by themselves, according to Nicole Crispinelli.

“This is really something to continue with a purpose and have the Somers community cherish Stephanie’s life and commitment with us,” said her sister.

In terms of the family traveling to Jamaica every year and leaving with something to show for their dedication, Stephanie’s Mission is batting 1.000.  In seven years, we’ve built six elementary schools, and this past year we expanded one that needed more space,” said Nicole.

Not necessarily a path to higher education, the groundwork provides a foundation nonetheless.  “They go to school, learn to read and write, and you can see the confidence that comes out of it for the kids,” she says.

But back here on the field, Cathy Suraci of Cortlandt was just happy to feign confidence as long as she was having a good time doing it. “We know how to look like we know how to play,” she said - clad in her black uniform and high pink softball socks.

Her friend Amanda Rizzo also didn’t let her limitations get the best of her and remained ready to defer on any balls hit her way. “I just hope someone else catches it,” she joked.

Even so, there was definitely athleticism out there, and that means everyone had something nice to look at in between the lines.  Rizzo didn’t hesitate to single out the sight she was enjoying the most. “Harvey the umpire,” she swung for the seats.

Harvey Freedman was in no position to disagree and welcomed the chance of umpire the coed part of the tournament.  “Having the young ladies participating brings down the competitive nature of what I’m used to and makes the community event more enjoyable,” said the 24 year veteran of the Somers Mens Softball League.

Doing his time on the softball fields for the last 40 years, Mike Boyle was all age before beauty too. “I’m showing these kids how to play the game the right way,” he asserted.

Still, Boyle was all about the fun too and didn’t miss the crooked number that spoke most loudly.  “The amount of people who keep participating has to mean a whole bunch to the family,” said the Brewster resident.

Mark Slawson came from out of town for the seventh straight year and doesn’t seem to let the drive from New Jersey slow his appreciation for the town and the event.  “The community’s commitment to this cause is what you’d love to feel Somers is all about,” said the former New York Giant receiver who played from 1983-85.

He also had no problem leaving the on field glory to others.

“Stephanie tried to better the world,” said Slawson. “That’s what I feel I’m doing here not trying to win a trophy.”

But in case it was left to him, Matt Miller put teammates Amanda and Cathy at ease. “You better hope I’m up,” he wasn’t so sure of himself.

On the other hand, clarity was in no short supply in regards to the hope Stephanie stood for. “She shows that there’s still good people in the world,” said Miller

In their daughter’s memory and moving forward, the Crispinelli family is counting on it.

TAGS : SomersReis ParkHaitiJamaica
Let us know how you like this article. Like it and Rate it below.
460 0
0
Thanks for rating this article
0 stars - by 0 user(s)

Mahopac Is No Match For Tuskers In First Round Of Somer

Recently concluded inaugural edition of Hero Super Cup have witnessed some of the best performance from both I-League and ISL Sides.Hence, as the tournament has come to an end, we look back at the best XI from the tournament..