India : The winners of Champions trophy

From the past few years India has shown their dominance in the world cricket by winning the ODI World cup(2011),t20 world cup(2007) and Champions Trophy(2013) and all three teams led by captain cool M.S Dhoni . As India is now No.1 sides in test cricket, the team is full of confidence with some of the best batsman and bowlers in limited over cricket so now we will look at 5 reasons why India should win this champion trophy.

The defending champions are very confident and are favorites of trophy winners. With the team led by Virat kohli, the side is full of key players who can single handedly turn the match over their head. Now we will take a look at some players and reasons that will lead to the winning of the team.

Mr. Perfectionist , Mr. Consistent, Run Machine anything about him will be less. The man in form is always hungry for runs and  whenever the team is in trouble he always stand as a alone warrior to get the team to the victory.

The captain of the Indian team always  full of energy and aggression in the ground . I don’t have to tell you about his stats.

Shikhar Dhawan who was the man of the Tournament in Champions trophy also scored most runs in the tournament (363)  with a whooping average of 90.75 with the bat at a stunning strike rate of 101.39. He will be the player to watch out in the tournament.

The No.1 test bowler in the world Ravindra Jadeja is specialist in slowing down the run flow in any format of game against any opponent, he was the leading wicket taker in tournament with 12 wickets at an average of 12.83.He was also the man of the match in the final of the champions trophy 2013 so he will be one of the key player of the squad.

The performance of this player in the recent IPL has been outstanding as he always hits the bulls eye in the death over ,with the wicket of M S Dhoni in the final match he diverted the match towards Mumbai Indians which leads to their 3rd championship , with 20 wickets in 16 matches at an impressive economy of 7.35. He can become the nightmare for many batsman in the Champions trophy.

With these world class players and brilliance of M.S Dhoni behind the wickets, the team is ready for any game against any opponent. The Indian cricket team has become world class. Thanks to Sachin Tendulkar contribution to the Indian and world cricket and lets hope for the best performance of the Indian Team in the Champions trophy. 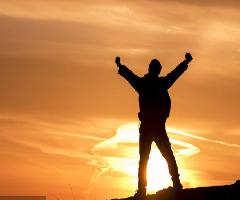 I am a professional writer with 5 years of experience my writing technique is unique because my articles are researched, analyzed and expertise.