A Game of Chess Is a World in Miniature

Chess Is More than Just a Mind Game 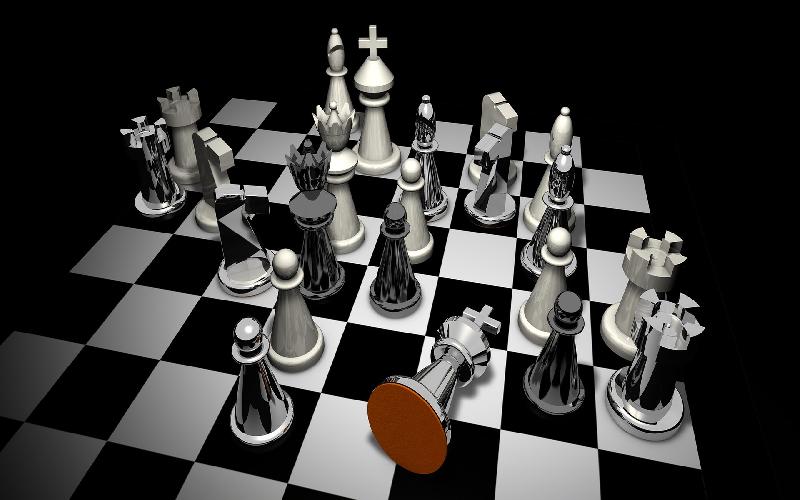 Playing a game of chess is like a journey into an imaginary world where you can play different roles and see the reality of the game from various perspectives.

Whenever I challenge someone or get an invitation from another person to play a game of chess I know that for a while I will detach myself from the immediate reality and plunge into an imaginary world of battles, intrigues and unexpected situations. As long as the game of chess lasts my mind usually takes me into a journey full of thought, strategy, anticipation and excitement. In those moments the chessboard and chess pieces are a world in miniature, a world in which I can control my destiny, but in order to reach my goal I have to play different roles and sometimes identify myself with each of the 16 pieces I control.

Sometimes I wonder what it would be like if the chess board were a real world and I would be no longer the chess player, but one of the pieces on the board. Just like in real world, the higher my position, the bigger my chances of surviving when the game ends would be, but there are no guarantees that it would be a happy end; even if I were the queen I couldn't win the battle on my own.

To continue with this fascinating exercise of imagination I will try to place myself first in the position of a pawn. After all, half of the pieces of each team are pawns; in the game of chess they are poor, the many and the expendables, but yet their roles can sometimes be decisive. If I'm a pawn on a chess board I won't have too many expectations from this life as it will be very hard to finish the game alive.

I will be in the first line of defense, always ready to sacrifice myself for the king and country. That doesn't sound like a desirable position, in fact it's quite a miserable existence, but even in these dark circumstances there is a little hope for me.

If I am the lucky one to reach the last line I can turn myself from a poor, hopeless servant into a mighty queen or maybe a proud and strong rook. All of a sudden the power will be in my hands, but how many pawns have this unique chance in the world of chess? Most of them die in the battlefield in after a life of suffering, so if a draw is made before the game begins to establish my position on the board the last thing I want to be is a pawn.

Let's say that I'm a minor piece, either a bishop or a knight; it is quite a significant step forward compared to the unwanted position of a pawn, but there are plenty of risks involved and I have to enjoy living on the edge. If I'm a bishop my freedom of movement will be quite restricted, as I can only move diagonally, but it's sometimes enough to allow me to cause havoc into the opponent's defense.

If I'm a knight I will be very playful, but also dangerous; I am the only one who can do the thing the queen can't, which is jumping over pieces, and for this reason I think I would deserve some respect. It will be definitely an exciting life, but not necessarily a long one; in most cases I will be sacrificed before the rooks and sometimes even before the pawns. Whether I'm a bishop or a knight I am expendable too!

It's time to move on to the major pieces. Let's say that after the draw I am lucky enough to be a rook. Now that's a completely different story; I am powerful, I am hard as a rock and when I move you better stay out of my way! And yet there are disadvantages even in my apparently solid position: I can only move in a straight line and I also need a lot of patience because I have to wait for the pawns, knights and bishops to make room for me before I can finally leave my initial position. I a mighty and fearless warrior, but I am not invincible. I can be brought down even by knights and bishops if they work together in a clever way. Nevertheless, being the rook sounds quite good to me!

And then there's of course the queen, and who wouldn't like to be one? Isn't it great to have absolute power over your kingdom, to decide who lives and who dies, to move into almost every direction you want? That's the kind of life most of us only dream about! There are plenty of reasons for which I would rather be the queen instead of the king, but there is a disadvantage in this highly desired position: even the queen has to sacrifice himself in a desperate attempt to save the king when things go bad! Queen? Yes, it would be great to be one, but I have to remember that nothing lasts forever, not even absolute power!

And then finally there's the king; he's the one which all the other pieces try to protect and they're all willing to die for him. However, I'm not sure I want to be one. It is true that I will  live longer than all my subjects, but life doesn't look too exciting for me. My movements are restricted and I am always surrounded by guards; for most of the game I can't leave my castle and when  I am forced by circumstances to move out of my fortress into the open field I  am usually extremely vulnerable. It means that most of my humble and devoted servants are no longer here to protect me.

When my army wins the game I take credit for it, but we all know that in reality my loyal subjects, from the poor unfortunate pawns to my beloved and powerful queen, are the ones to deserve all the praise. I am nothing but a puppet, a lazy individual who lives a life full of pleasures, but I have basically no freedom. I am prisoner in a luxury cage and if my team loses it all crumbles down and I disappear as well! Taking all these elements into consideration, I am not that eager to be a king!

As a conclusion of my little journey into a fantasy world which looks like a chess board, I can say that being a king is not necessarily the best thing that can happen to you, but it's always preferable to being a pawn, and even if you're in a low position it is possible to make your life better and rise from rags to riches, just as in the case of a pawn which can turn into queen, but that's probably very hard to accomplish and you also need  some luck and often at least a little help from others to stop being a pawn and become important! Anyway, enough meditations, time to get back to the board and play another fascinating game of chess. Long live the king if his subjects defend him with the price of their lives!

TAGS : chess world in miniature king queen mind game
Let us know how you like this article. Like it and Rate it below.
232 0
0
Thanks for rating this article
0 stars - by 0 user(s)