Australia not only lost against India in the first one day, they surrendered 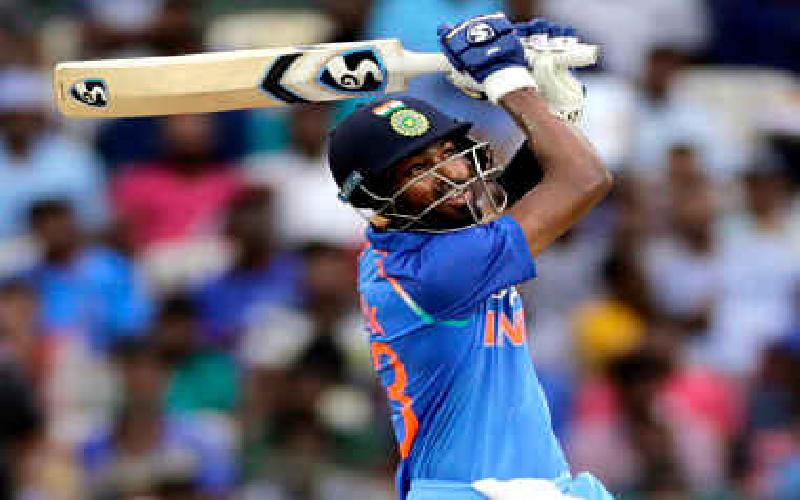 Image Source - This image is taken from http://www.firstpost.com/firstcricket/sports-news/india-vs-australia-highlights-cricket-score-1st-odi-chennai-hosts-win-26-runs-dls-method-go-1-0-4052081.html

Australia surrendered against India in the first one day played in Chennai on 17th September. They lost by 27 runs and gave a disastrous exhibition of cricket. India destroyed them in batting, bowling, fielding.

It is really very surprising that Australia did no homework against India before coming to India for playing the 5 match one day series in India. Australia lost against India by 28 runs in the 1st one day played at Chipak stadium in Chennai. India won the toss and batted first.

India were 87 for 5 at the middle of their innings.

Coulternine’s first spell send back Ajinkya Rahane, Virat Kohli and Manish Pandey cheaply. But Smith was very non-active captain and he rotated the bowlers mechanically. If Australia had done any home work they would have known that in India recently other than Kohli, the 3 batsmen who are required to be planned against includes Kedar Jadav, Hardik Pandya and Dhoni.  Kedar Jadav is known for playing lofted pull shots and drives even in the match situation where India loses wickets. He did that in the Chennai match and his 40 runs swung the pendulum in India’s favour.

Australia was clueless against Hardik Pandya. Hardik Pandya showed how destructive he could be against Pakistan in the Champions Trophy finals which India lost. When he blasted the Pakistani spinner with 3 sixes in the same over, there were signs that he could bring India very close to the Pakistani total. But Ravindra Jadeja got him run out.

Had there been any other captain, with Hardik Pandya in the crease he would have asked the medium pacers or the fast bowlers to finish off the last 15 overs. Zampa was a luxury. It was one over of Zampa where Hardik Pandya hit him with 3 sixes and a four which turned the game in India’s favour. The 22 runs that were given by Zampa destroyed the hard work of Coulter Nine and Cummins who kept India under control with accurate swing bowling in the first 10 overs. Australia very badly misses partnership breakers. At one time Mark Waugh and Steve Waugh used to be the most useful partnership breakers used by Allan Border, Mark Taylor and Steve himself.

Mark Waugh with his off spin sometimes deliberately bowled wide deliveries to ace batsmen like Tendulkar, Lara and got them stumped by wicket keeper at crucial junctures. Steve Waugh used to bowl the last 3 overs of Australia session. His useful cutters did damage the run flow of many important teams in the late 1990s. Presently Australia don’t have any bowler who can bowl the slog overs.

It is quite surprising that a country having the history of A grade fast bowlers like Macdermott, Merv Hughes, Bruce Reid, Glenn Mcgrath, Jason Gillispie, don’t have a single bowler in the armoury who can bowl inswing Yorkers in the final overs. Neither are there any capability of reverse swing in the arms of Cummins and others. The absence of Starc and Hazzlewood had affected Australia very badly.

Dhoni being a great finished pounced upon the situation and in the slog overs and slogged with his heavy bat to get India past 280. Even Bhubaneswar Kumar hit important boundaries at the end overs.

Rain reduced the overs. Australia almost got a chance of winning a match by a T20 format, as they had to get only 161 runs in 21 overs. There was zero planning on the part of Australia. They should have reserved wickets to slog in the last 5 overs. To make matters worst in a over reduced game they took the risk of playing Cartwright at the beginning. He was as worst as can be mentioned. Neither he could negotiate the swinging balls of Bhubaneswar Kumar nor the slower deliveries of Bumrah and got out for 1 run after wasting 6 balls. Smith came in and played the worst shot of the match trying to pull a ball where he did not have any balance. Bumrah took a great catch at fine leg. Smith went for 1 run and Australia lost the match then and there.

Warner played a decent innings with 25 runs, but idiotic batting on the part of Smith and Head, led to Warner trying too many things against Chahal and Kuldeep Yadav, which led to his downfall. The only Australian batsmen who could slog the turning deliveries was Maxwell, who showed some aggression by hitting Kuldeep Yadav for 3 sixes and a boundary. After he got out caught at long on, the rest of the match was one sided.

In recent India has dominated one day cricket in such a manner that the audience for one days are reducing. Sri Lanka lost against India, 5-0 without any fight. Australia is playing worst than Sri Lanka and will lose against India 5-0.

Ex captain Steve Waugh had the record of winning 18 one dayers at a stretch against different teams. One of the reasons of his success was the different category of batsmen he had in one dayers. He had Mathew Hayden who sweeped the spinners the best in the sub-continent. He had Mark Waugh he was gifted in respect of late cuts, flicks, glance shots. He had Ricky Ponting who was the best hooker and puller of the decade. Michael Bevan was an outstanding one day batsmen, who ran between the wickets the best and placed the balls extremely well. Steve himself was a great batsmen who could play as an anchor whenever the team fell in trouble. Today other than David Warner, none of the Australian batsmen match the legendary group of batsmen.

In the bowling department, Australia had Shane Warne, Stuart Macgill, who could give deadly flippers, topspin in the one days. If Australian top order plays so disastrously then they should bring back their test players like Khwaja, Handscombe, Bailey, who will at least do a better job than Cartwright, Head. It is sad that the present Australian side is damaging the reputation of Richie Benaud, Ian Chappel, Alan Border, Steve Waugh, Ricky Ponting and others.

TAGS : India Australia Warner Dhoni Hardik Pandya Kedar Jadav Smith Maxwell ICC
Let us know how you like this article. Like it and Rate it below.
113 1
0
Thanks for rating this article
0 stars - by 0 user(s)

Review Of Lords Test: Advantage England As They Beat In

On an overcast wicket, the English pacer Anderson broke the back of the vaunted Indian batting line-up with 5-20. The weather cleared and England hit 396 but again the Indian batting was exposed to Anderson and Broad and it was a dismal 130 all out and a defeat..

India Will Definitely Defeat West Indies In The T20 Wor