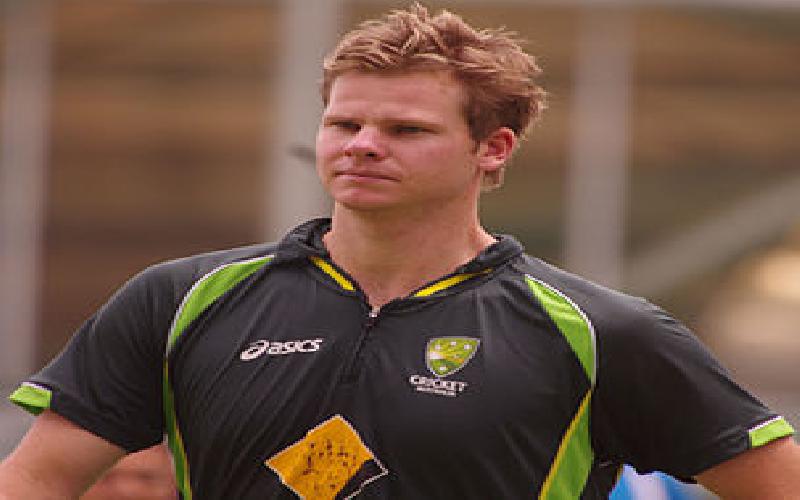 The viewers in Eden Gardens have never seen such a shameless worthless talent-less Australian side. Steve Smith should be sacked as captain. Australia require a new captain, not from the present team but new talent.

Australia lost to India by 50 runs in the 2nd one day played at Eden Gardens Stadium, Kolkata on 21st September. It was a sheer miserable show on the part of Australia.

It is high time Australia should sack Steve Smith from captainship. They require a new bunch of players. Other than 1 or 2 players the rest of the Australian team are not worth playing international cricket. It is very sad that the decline, the degeneration had happened with Australia who are 5 times champion of World Cup One day cricket. Those who went to Eden Gardens Stadium they realized this is the worst Australian side in the last 100 years.

Australia has not produced idiots of the level of Cartwright. He played 15 balls and scored just 1 run. Every day he opens the innings adds pressure increases the asking rate and then gets out. He neither can block, nor can defend, neither can run, nor drive or pull. India prays that idiots of the order of Cartwright should stay in the crease, it is blessing for India.

The additional pressure laid to Warner chasing a swinging delivery of Bhubaneswar Kumar and getting out. He scored only 3 runs. Head was lucky his catch at slips was dropped by Rohit Sharma, then Australia would have paraded in the first 10 overs itself. Head scored 39 runs but majority of his strokes were faulty, which ran between slip and gulley.

Smith himself scored 59 runs but he has lost touch. At no time during the innings it looked as if he was timing the ball properly. He got beaten by both pace and spin.

Australia is carrying another burden in the form of wicket keeper Wade. He wasted balls one after the other, scored only 2 runs and shamelessly pulled an outer delivery from Kuldeep Yadav into the stumps and got played on. His wicket was the first of the 3 wickets they led to Kuldeep Yadav creating hattrick. This is the 3rd hatrick in one days by Indian bowlers, the first was done by Kapil Dev, the second by Chetan Sharma and now Kuldeep Yadav against Australia. Stoinis was there in the crease for some time scoring 62 runs but he never looked threatening.

Australia has deteriorated to such an extent that they have no players in the reserve bench as well. Khwaja, Voges are not there in the side, and after losing 5 matches at a trot against India Australia will again play these bunch of idiots like Cartwright, Agar, Wade.

It was amazing for the viewers of Eden Gardens that they have seen ace bowlers in one dayers ranging from Imran Khan, Sir Richard Hadlee, Malcolm Marshall, Michael Holding, Glenn Mcgrath, Courtney Walsh and spinners like Abdul Qadir, Muralidharan, Saqlain Mushtaq before. This Australian team is so hopeless that there is not one single player who has style, talent, hard hitting capability, swinging capacity.

It is shocking that Australian players have played IPL cricket against the same teams in India and same players. It is strange that Warner in Sunrisers Hyderabad play in the same team with Bhubaneshwar Kumar, but cannot play the swinging deliveries of Bhubaneshwar Kumar. Smith plays along with Dhoni in Pune Warriors team, and messes up against Kuldeep Yadav and Chahal.

There was a time during Steve Waugh’s captainship that Australia had rotation policy. They created such a fantastic reserve bench that the utility cricketers could add value in the team whenever required. Steve Waugh took Ian Harvey who was a useful all rounder. His 6 to 7 over bowling used to cost only 25 to 30 runs and he broke important partnerships. He batted aggressively in one days.

Andrew Symonds used to be another utility all rounder that Steve Waugh promoted. His spin bowling was ordinary but his six hitting capacity with the bat was worth mentioning. He was an outstanding fielder also. Michael Hussey also developed as a destructive batsman during Steve’s regime.

It was seen that after Viv Richards retired in 1991, the West Indies team which was considered to be mighty force in the 1970s and 1980s ended up being a club team. They started losing against all the sides and presently their rank is below Bangladesh and they could not qualify for the Champions Trophy also held this year in England.

More than 26 years passed after that but West Indies cannot find bowling talents and batting talents it is written on the face that the team will never revive their glory in the next 50 years.

If Australia does not take quick step immediately they might end up like West Indies altogether transforming from World Champions to a club side. The bench strength of the team requires enhancement. New fast bowlers are required who can bowl at 155 kilometer per hour. Australia needs spinners. After the retirement of Shane Warne and Stuart Macgill, Australia does not have any genuine spinner. Lyon as an off spinner does decent bowling in test matches, but he too is an ordinary spinner.

Australia requires new fielding coach, as the present fielding of the side is pathetic. Australia needs a new coach who can guide them on strong points of opposition teams who are dominating one day cricket. Last but not the least Australia requires a new captain, not from the present side but a young talent who can be a batsman or a bowler who has cricket brains.

TAGS : Steve Smith David Warner Australia India Kuldeep Yadav
Let us know how you like this article. Like it and Rate it below.
219 1
0
Thanks for rating this article
0 stars - by 0 user(s)