Mt. Kisco Childcare After School Student is nothing Short of a Gentleman 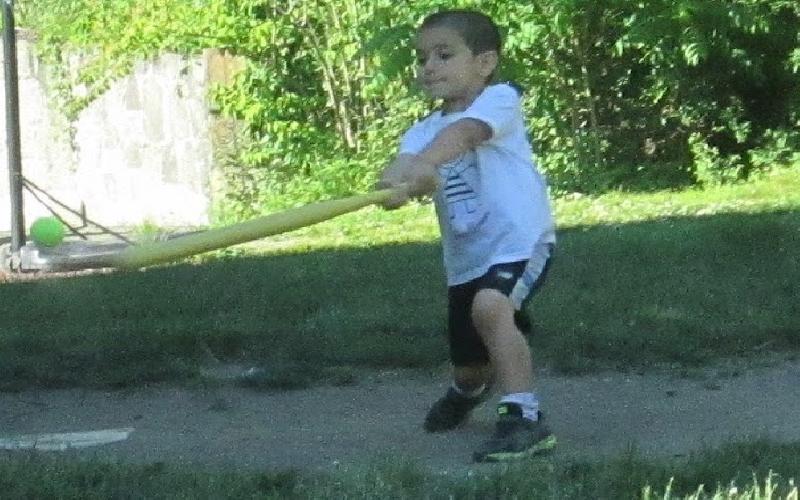 Giovanni showed up last fall at Mt. Kisco Childcare, and not before long, he had a wiffle ball bat in hand - ready to show what he got. The confident way he strutted to set up at the plate and reached right for the seats didn’t lose him any points either.  But sitting in awe of this early tap measure aptitude doesn’t speak nearly as loud as the quiet way this little boy carries himself.

Whether he needs to be woken up or not by the other kids upon arrival at the center, Gio gets off the bus and holds the door for the person behind him.

On the inside, if he wants another piece of chicken, he waits to make eye contact with the teacher and politely says his peace.  When the call goes out to clean up the playground, he is the first to put his back into it and the last to straighten up.

At the same time, any attempts to disrupt his stoic disposition with a little silly sarcasm is met in kind.

Did you meet any monkeys at school today?

“You know Gio, there’s no dancing allowed at the daycare.”

“I’m not dancing,” he will effortlessly demur.

Of course, when you’re lucky enough to get him off his game, the little smile is hard to miss - especially by the little girls who love to mother him. Nonetheless, Gio does not let the adulation go to his head.

This is apparent in his explanation as to why he has so much appeal.  “I have no idea,” he’s honestly bewildered.

On the other hand, the first grader does not lack insight, and he’s succinct in pointing out how behavior like his can be encouraged when others fall short.  “We could send them back to preschool,” Gio is on point.

But that’s as boisterous as Giovanni gets, and his reserve extends to the fields of play.   Unlike the tumult his friends succumb to as things go awry, he never gets upset, tries as hard as he can and doesn’t give up no matter what the score is.

Giovanni also makes the most of his tiny strides, while being more than a step ahead in terms of being a team player. But believe it or not, we are glad that the kids aren’t all like Gio. Quite simply, you would only need one teacher to watch 50 kids. That would put most of us out of the job and the lucky, sole remaining teacher could pretty much fall asleep.

Of course, all the Gio’s would patiently wait for the teacher to wake up before piping up for a little more poultry.

TAGS : Mt. Kisco Childcare teaching
Let us know how you like this article. Like it and Rate it below.
821 0
0
Thanks for rating this article
0 stars - by 0 user(s)