5 Reasons Why Ronaldo and Messi Should Not Be Compared

Do not compare Cristiano Ronaldo and Lionel Messi 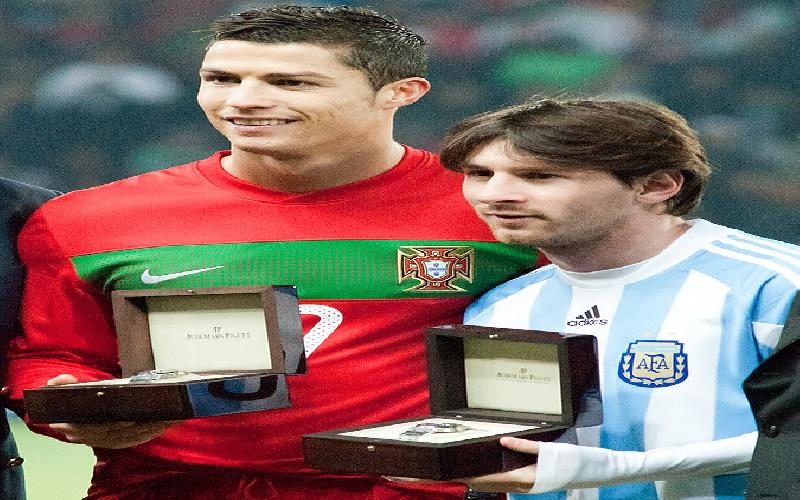 In this era of football decorated with the likes of Ronaldinho, Zidane and Kaka, 2 players have made the cut, or in other words, proved themselves to be better and best in every aspect of this loved sport. Cristiano Ronaldo and Lionel Messi. Often a comparison is done between them to figure out who is the best, but is it really wise to compare Cristiano Ronaldo and Lionel Messi? Let us find the answer below.

As the majority of football fans support only either of these two, comparisons are all but over as they continuously look to outmatch their competitor for the title of 'The Greatest of All Time'.

As many football pundits state, the competition is what makes the game all the more interesting. But it is also the cause of the hate the 2 players have been receiving from their opponent's fanbase. Here, we see 5 logical reasons why Ronaldo and Messi should not be compared.

​Reason 1: They play in different positions

Even when Christiano Ronaldo isn't tearing goals apart with his unmatched power, we see him making those blistering runs by the left wing every so often. His famed stepovers and his chops breaking so many ankles, add to his pace. However, he is the kind of player who looks to score first, which makes him run into the box looking for a cross or a cutback that he so deliciously devours. Starting off as an attacking midfielder, we see Ronaldo play as the perfect, and possibly the best, striker these days as his goal-scoring records are seconded to none.

On the other hand we have Lionel Messi.

The player who uses his quickness rather than his speed to beat players. His close control and insane finishing abilities helped him score the wonders that stand by his name, to this day. As time goes on, we've seen Messi drop deeper into his half as a transition from his right wing position to the controlling midfielder seems eminent. More so than usual, it is common to see Messi's teammates make a run into the opponent's box as Messi either looks to dink the ball in, or tries to thread it through with his insane passing skill.

Reason 2: They have different styles of play

Ronaldo, as stated above, even at this old age has amazing pace to his name. His positioning in the box is so brilliant, that he has indeed become one of the toughest players to mark. His movement in the goalkeeper's area too, goes without saying. We do not see Ronaldo act as an ultimate playmaker. He does have assists, but he isn't the player who creates the chances for Real Madrid. His job? Score goals, which he does efficiently well.

Of course the difference is clear here. Messi with so many finishes is still seen as the prominent playmaker in his club as well as his national side. One of the few players in the world who are given ultimate freedom to do what they want on the pitch, Messi builds goals out of nothing either with his dribbling or his balls to the wings which end up in goals.

Reason 3: Their difference in finishing prowess

Cr7 is known for his balance of power and finishing between his left and his right foot. Not many current players would be able to boast of such an ability. Also, it is known that Ronaldo, almost always looks to blast the ball into the back of the net. He finds gaps in the goal and fills them so fast that keepers would require superhuman reflexes to keep them out. Ronaldo is also skilled in the art of finishing with other parts of his body too. His headers are something even his haters don't criticise as his incredible jumping ability adds to the power stored in his head, when he puts the ball into the back of the net through headers.

Leo Messi however, is one of the best players in finessing the ball into the net. His ability to curl is seen as things of beauty as he is often referred to as the best finessing player of the current generation. We do not see Messi using his right foot much (apart from his famous chip over Neuer, of course). His height is another disadvantage as Messi is not one to look for when you want to cross the ball in. Nevertheless, his placement and his reading of the ball's movement is enough for the Argentinian to score from some impossible angles, which he has done so many times.

Reason 4: One is talented, while the other works towards his goal

How many times have his doubters put Cristiano Ronaldo down and how many times has he proved them wrong? It is common knowledge that Cristiano is one of the most hardworking players this sport has ever seen. That adding to his determination to be the best, is just all the more why he gets the respect he so rightfully deserves. Ronaldo's rise to stardom was effective right from his Manchester days where he looked to improve with every loss and increase his level with every game. If not for such incredible qualities, Ronaldo would have never reached the level of Leo Messi.

Messi. Football pundits would jump in to immediately put forward one word that describes this genius of a player. Pure talent. Messi has been looked at by all his seniors and other footballing greats as a player who would reach the greatest of heights. At a very young age, Messi could do things that footballers in their prime could not even think of. His slow rise to fame was boosted by his legendary goal against Getafe, as people realised... This young boy would soon be one of the greatest players to have blessed the football field.

Reason 5: Stop these comparisons and enjoy their greatness

No matter how many times Ronaldo and Messi themselves have taken to the media to talk about their comparisons with each other, fans are not ones to stop as each looks to make sure their idol tops the other's. However, to be present in this generation of football rather than any other is something to be proud of. All their inhumane qualities are ones to be marveled at indeed, but they are humans after all. One day, the retirement of these 2 players would strike the world as football fans would finally realise, to love one does not mean you have to hate the other.

Instead of these comparisons, look to enjoy the greatness of these 2 men who have set records, that are for sure, to stand by their name for a longtime coming.

TAGS : ronaldo vs messi comparison of christiano ronaldo and lionel messi to compare or not greatness of messi and ronaldo
Let us know how you like this article. Like it and Rate it below.
64 2
0
Thanks for rating this article
0 stars - by 0 user(s)