5 Reasons Why Cristiano Ronaldo is the Best in the World

These reasons make Cristiano Ronaldo the best of all time 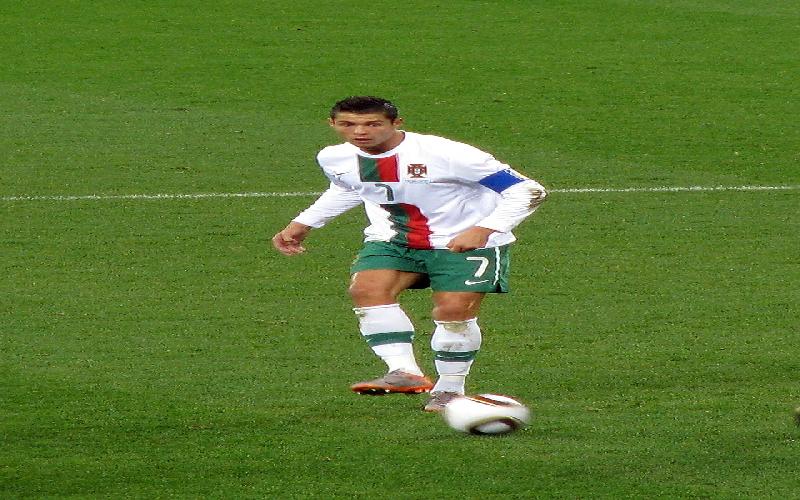 Cristiano Ronaldo is, undoubtedly, one of the best players the world football has ever witnessed. There is no denying that he's among the bests, but here are 5 reasons that make him the best.

It's been a long since we started the eternal debate over who the best is; Cristiano or Lionel Messi. Even though both are past their 30s, the duopoly of these two is still dominating the footballing world.

From clinching the trophies with their respective teams, to bagging individual honours, Cristiano Ronaldo and Lionel Messi have always gone head-to-head on that.

Reasons That Make Cristiano Ronaldo Best Player in the World

#5 Write him off and he shuts you up.

Is there a football player who has received more criticisms than Cristiano Ronaldo? No, I think. From his on-field approach to his off-field behaviour, criticizers would always blame the Portuguese if he didn't get something right.

When he struggles, there are millions of voice's raised to knock at him. This season was no an exception to the aforesaid.

He had a slow start to the season, failing to turn things as he used to do, and critics were everywhere to declare he was well past his prime. As 2018 came in, Cristiano Ronaldo started to do what he usually does, simply shutting his criticizers up.

Since October 1, until December 31, Cristiano Ronaldo had scored only 4 goals, a paltry figure, for Real Madrid in their poor La Liga campaign. Criticizers pointed out to him and said he was the reason for the abysmal performance Real Madrid had shown.

Now, he's scored 41 goals this season, a figure better than Lionel Messi has in 2018. Devastating! Ain't it?

#4 His ability to adapt

Cristiano Ronaldo is one of the best footballers in the world, if not the best. What makes the Portuguese the best player is his ability to adapt. Through the years, we've seen Ronaldo's transformation from a blistering winger to a truly goal-scoring machine.

Moreover, at Manchester United, he was more involved in the game. The legendary, Sir Alex Ferguson employed him at the wings as he was aware of the blistering pace Cristiano was blessed with. At the early stages of his career, he looked to score stunning goals, but he slowly started to understand the expectations the team had in him.

​Years passed, Cristiano's pace started declining, his tricks seemed ineffective. But, he wasn't a player who easily gives up. He changed. He learnt from the vulnerabilities he had. Now, at Real Madrid, he plays a role of a poacher than that of a playmaker.

Still, he's the knack to be the best player. He's the man set for the big stages, he delivers at the time the team wants him. He doesn't perform many dribblings at this time of his career, but inside the box, he's become more dangerous than he ever had been. How adaptable he is, I WONDER!

Cometh the hour, cometh the man! Cristiano Ronaldo is a true goal-scoring machine these days. He's become more effective, efficient inside the penalty box. He ghosts into the box with astounding pace, his brain is faster than that of his opponents and he finds time to receive the ball and finds space to slot it home, making the defenders and the goalkeeper look incapacitated.

Cristiano's goals might not impress everyone. But, behind every goal he scores, there is a quality concentration, determination and talent. It's not always easy to score goals inside the penalty-box when two or three defenders surround you, but Cristiano has made it look simple.

​His movements inside the box are unpredictable. Haters may have been calling him 'Tap in aldo', because they don't know that many can do it, even Messi.

Cristiano Ronaldo's insatiable approach has fair shares in shaping the man who he's now. Let him score four goals, but the one thing that disturbs him the most would be the chances he didn't utilize. He's not a happy man when he scores 4, he strives to score more.

If he fails to score a goal, he learns from the flaws he had made, updates himself. And in the next game, he shows the world he's improved, learned from the mistakes he had shown.

Against Juventus in the second-leg of the UEFA Champions League Quarter Final, Real Madrid were without their captain Sergio Ramos, but Cristiano was there! He stood as a leader. He hadn't worn the captain's armband, but his presence had injected a never-say-die-attitude among his teammates. He fought like a warrior. He didn't want to give up, because he is not a player who's satiable.

​Unlike other games, when he had teammates to feed him the ball, Cristiano Ronaldo looked lonely against Juventus. He was without assistants to help him, yet he dropped himself into the midfield, vyed to get the ball, strived to score goals. He made 6 shots against Juventus in the second-leg, a decent figure when we understand how deplorable his teammates were.

Also, every time when Ronaldo had the ball, Juventus tried to distract him from it. He was fouled 6 times in that game. You didn't read it wrong. Yes, 6 fouls!. Isn't that a testimony to the influence Cristiano has been having at Real Madrid at this age?

Heroes are born at the emergency situations. Cristiano was already a hero, a hero who's been inspiring millions of people all around the world. But, again, against Juventus, the team was in desperate need of a leader. He involved more in the game than he used to do these days. He stood as a motivating presence in the ground, which is the exact presence we'd want to get from a leader!

To score a penalty at the dying minutes of the game might seem an easy task for you, only because, you've not had an opportunity to do it. Real Madrid Fans across the world would have experienced the pressure when Ronaldo was up to take the penalty against Juventus. So, the pressure Cristiano might have felt is beyond our imagination.

Juventus' players tried their best to distract him, the entire world was staring at him. He was aware of the fact that if he missed, it'd haunt him throughout his career. But, what say? Nerves of Steel, and he thumped the ball past the substitute goalkeeper, and made sure Real Madrid has ensured their spot in the Champions League semi-finals.

This is not the first time he's proved this! He's been doing this kind of performances often. He's a player, who is set for the biggest stages. He never disappoints at these stages.

Against Atletico Madrid in the finals of the UEFA Champions League in 2016, Ronaldo was given a similar task like he did against Juventus. He was the player to take the 5th penalty. Score it, Real win. Lose it, the game goes into the tie-breaker. Despite it, Cristiano, with his calm and composure slotted the ball powerfully past Jan Oblack

Analyze Ronaldo's thumping penalty against Juventus. A player couldn't make sure he drives the ball opposite to where the goalkeeper dives, so were Cristiano. But, he made sure the goalkeeper wouldn't save it, so was his power. And all these at the last minute of the game, Nerves of Steel, I say.

TAGS : Cristiano Ronaldo Real Madrid Leo Messi FC Barcelona Manchester United Neymar best player in the world
Let us know how you like this article. Like it and Rate it below.
144 1
0
Thanks for rating this article
0 stars - by 0 user(s)

iamwriting is a writer at Expertscolumn.com.

A great way to pedal your way to fitness is cycling regularly. In recent years the popularity of cycling as an activity has increased tremendously.