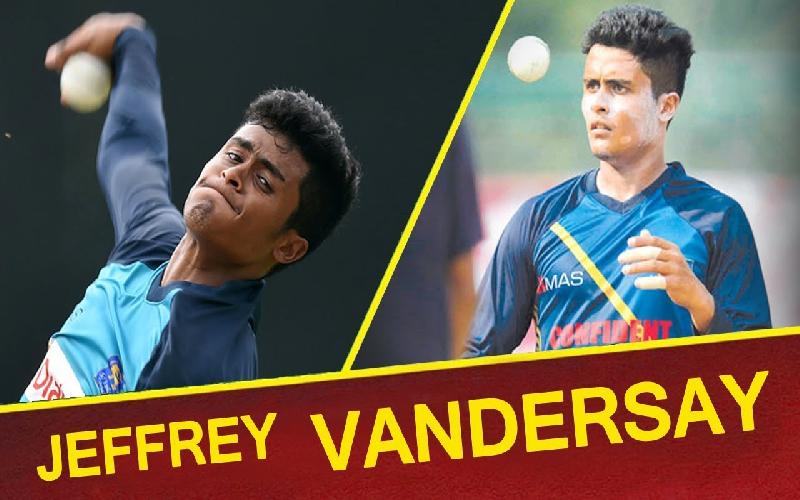 Jefferey Vandersay an upcoming leg-spinner who was missing from the team hotel finally turned up after a day. An action was taken and the player has been sent packing back to Lanka in the traditions of the game.

Jeffery Vandersay hasn't yet played a regular test match for Lanka but the player has represented the island nation in ODI and T-20 formats. He is a leg spinner and aged 29. The player was earlier also warned for his erratic behavior on the last tour of Lanka to India. The Lanka team is already reeling under the latest "ball tampering" scandal where the Lanka skipper Dinesh Chandimal is accused of tampering with the ball during the second test match. It was caught on camera and after a brief hearing the skipper is fined $ 7500 and suspended for one test match. Chandimal will thus miss the third test starting at Barbados.

To further add to the woes of the team it is reported by ESPN sports that the player went missing from the hotel room.

Nobody knew his whereabouts and at one stage the team was thinking of filing a missing person report with the police. Vandersay turned up at the hotel after a reported spree in the nightclubs and there was no choice for the captain and manager Gurusinha to take action. After due consultation, the player is sent back home. This is unprecedented in cricket and  Vandersay  will be regretting his action. It could, in the final analysis, end the career of the spinner. Vandersay admires Shane Warne but his action of vanishing from the team hotel is something Warne never did.

The woes of the Lanka team on this West India tour are multiplying as they lost the first test by a big margin and now in the second test the skipper is accused of "ball tampering". Though Chandimal did hit an unbeaten century, yet the ICC referee took action and he will now miss the third test, putting his team on the backfoot. One can recall that Steve Smith and Dave Warner were banned for one year for a similar offense. Vandersay is now in the doldrums and one wonders what future the player will have in Lanka cricket.

TAGS : Vandersay indiscipline Lanka cricket Chandimal
Let us know how you like this article. Like it and Rate it below.
38 0
0
Thanks for rating this article
0 stars - by 0 user(s)

The article speaks about terrible captainship of MS Dhoni in the finals of T20 World Cup against Sri Lanka. All his decisions were wrong, right from team selection to batting order to bowling changes..